Bucs not finished article yet despite first win – Davids 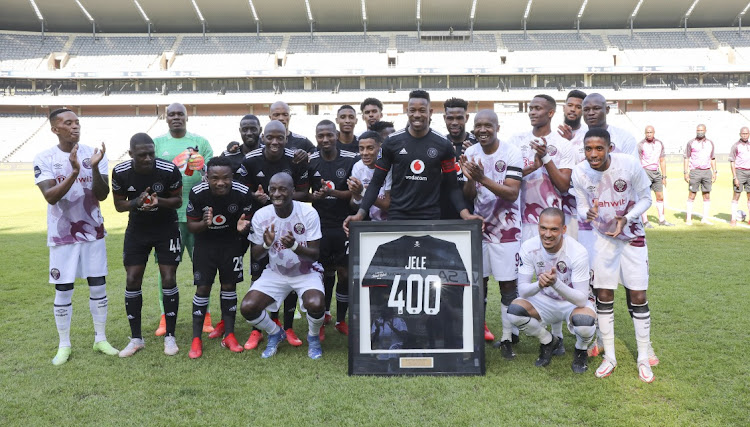 Having notched up their maiden victory as Orlando Pirates assistant coaches when they beat Swallows 1-0 at Orlando Stadium on Saturday, Fadlu Davids has warned that they are still far from being a complete team.

Davids said he and Mandla Ncikazi are trying to build a team that will dominate opposition and have more entries into the box.

While he was pleased with the improvement they showed against Swallows after Tshegofatso Mabasa scored the only goal in the second half to hand the Buccaneers their first win of the season, Davids insists they are still improving the team.

“In every match you play you have that pressure as a coach. We know that we needed the three points but more importantly, we needed a performance,” Davids told the media.

“It is a process in terms of where the squad is. You lose a coach and you have to look at what was good in the past and other things to improve on.

“We are in the process of trying to fix the team and most important is the performance. If we can perform this way, with more fluidity in our attack, more domination from start to finish and be able to do it for a certain period, that would be good.

“We are looking at the bigger picture. The results give you that extra boost, that momentum to go into the next game.”

Davids was also pleased with the performance of Ntsako Makhubela, who made his debut for Pirates against Swallows after a move from Golden Arrows last month.

“He came into the team and fitted in so well in terms of the group and in terms of cohesion with the players. We know he can play in different positions and is very key in terms of executing our high press when we don’t have the ball,” he said.

Davids also congratulated skipper Happy Jele after making 400 appearances in the Premiership, while also confirming that Thembinkosi Lorch would not play any part this year after a shoulder injury.

Orlando Pirates have suffered a major blow to their 2021-22 season with star creative forward Thembinkosi Lorch ruled out for the rest of the ...
Sport
8 months ago

Newcomers Royal AM finally won their first match in the premiership when they beat Chippa United to hand the Gqberha side their maiden defeat of the ...
Sport
8 months ago

Both team's coaches agree that a win for Mamelodi Sundowns or Kaizer Chiefs in their DStv Premiership clash at Loftus Versfeld on Sunday is a “a ...
Sport
8 months ago
Next Article