Lebohang Maboe injury blow, with the Sundowns star set to miss the rest of the season 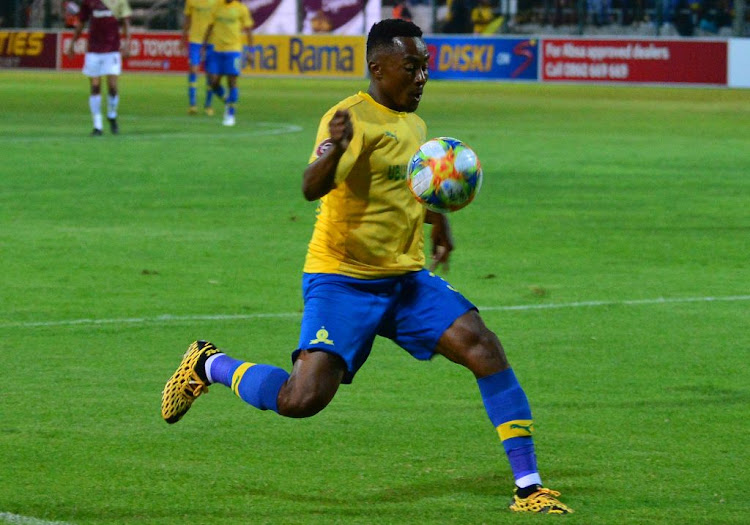 Influential Mamelodi Sundowns attacking midfielder Lebohang Maboe has effectively been ruled out for the rest of the season with what has been described by the club as a “complex knee injury”.

Sundowns team doctor Carl Tabane has confirmed that Maboe, who was one of the team’s star performers last season when they won the league title, is expected to be out of action for six to nine months.

“Lebo sustained a complex knee injury at the beginning of August and he is four weeks post the injury and 11 days post surgery,” said Tabane on the career-threatening injury.

“Just to give background as to which structures in the knee were injured, he injured his lateral meniscus and his anterior cruciate ligament (ACL). In layman’s terms, a meniscus is a piece of cartilage that is found in the knee and it is more of a shock absorber between the thigh bone and the tibia, which is the shin bone.

“The ACL again is one of the biggest knee ligament stabilisers and it also connects your firma, which is the thigh bone and the tibia. That got torn completely and he also sustained a lateral meniscus injury, so this is complex and obviously it needed surgery and surgery was successful.

Tabane said Maboe is motivated to overcome the injury and return, just as Thapelo Morena did after spending a considerable amount of time on the sidelines due to a serious fracture and ligament damage in his ankle.

“These are the types of injuries that could be career-ending for some players, but he is a highly motivated individual and we started the rehab process even before surgery and he was keen to do it.

“He read about the subject, he knew exactly what was going on and we had some players who had similar injuries talk to him. I am happy to report that the rehabilitation process is going well.”

In his absence, the Sundowns coaching trio of Manqoba Mngqithi, Steve Komphela and Rulani Mokwena have used players like Haashim Domingo and Neo Maema in his position.