City fail to make more of dominance in MTN8 semifinal

Birds return with crucial draw in battle for final spot 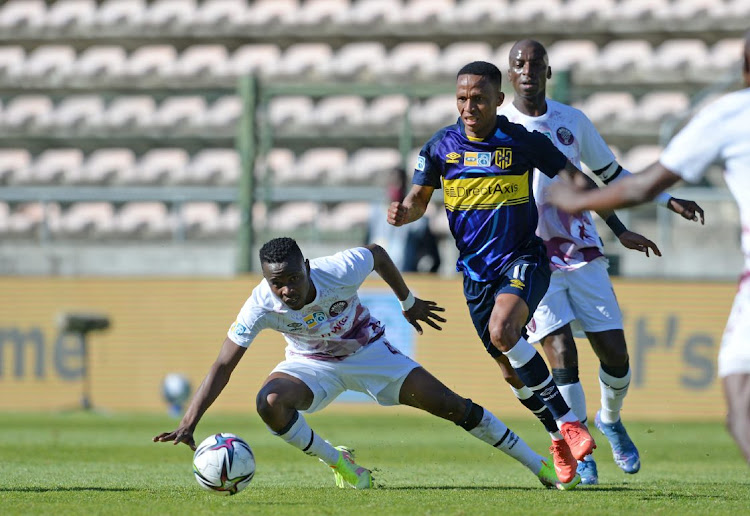 Despite being the better side on the day, Cape Town City couldn’t make the most of being hosts as they played to a goalless draw against Swallows in the first leg of the MTN8 semifinal at Athlone Stadium yesterday.

The return leg is at Dobsonville Stadium on September 29. Both teams were adventurous in an intensified first half. Swallows mainly used the speed of Khethukuthula Ndlovu to open up the City defence, however Ndlovu was selfish at times as he chose to keep the ball instead of playing it to his overlapping teammates.

The hosts, on the other hand, bossed the midfield, where Mpho Makola and Mduduzi Mdantsane combined well to launch attacks. City’s sense of urgency sometimes robbed them of the required composure in the final third.

Forward Khanyisa Mayo, who was replaced by Zimbabwean forward Douglas Mapfumo just after the hour-mark, also did well to drop deeper to collect the ball from the midfield.

A few minutes before the end of the first half, Mayo nearly broke the deadlock with a ferocious shot but Birds keeper Virgil Vries did brilliantly to parry the ball. In what was the first half’s best chance, City defender Taariq Fielies’s thumping header from a neat Mayo corner-kick went inches wide.

The tempo dropped in the second half. Be that as it may, the hosts were more comfortable on the ball and played with patience, creating more half-chances than Swallows, who rushed things when they were in possession.

Centre-back Sipho Sibiya and Vries were crucial in Swallows not conceding. Vries produced a number of excellent saves. Sibiya’s physicality helped the visitors a great deal in duels and in defending set-plays.

In the search for a breakthrough goal the Birds made five changes midway through the second half, introducing Keletso Makgalwa and Mwape Musonda, but it wasn’t meant to be.

Manchester City made light work of thrashing a hapless 10-man Arsenal 5-0 in the Premier League on Saturday, a result that means the Gunners have ...
Sport
4 months ago