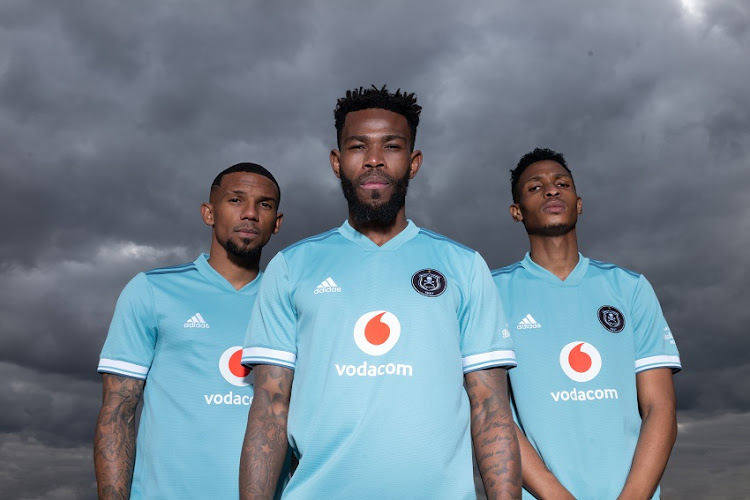 New season, new jersey for Orlando Pirates. But the same old expectations will dog the Buccaneers as they aim to end nine years of championship drought.

This was the point made by defender Thulani “Tyson” Hlatshwayo yesterday as Pirates unveiled their latest home and away attire, the club captain acknowledging that while last season finally ended a trophy lull as they bagged the MTN8, “the big one” is actually what they yearn for.

Not since the 2011/12 season, when they won an unlikely second treble, have Pirates managed to win the league championship. They twice came close but lost out to Mamelodi Sundowns on both occasions.

What would displease most among the Pirates fans is that while it appeared that the gap to Sundowns was narrowing, last season they were a distant 17 points behind the champions.

“The aim is always to go for the big one,” Hlatshwayo said yesterday. “We have to make sure we do better in the new season because we know where we went wrong last year.”

Tyson had a good start to his Pirates career, lifting the MTN8 three months after joining them, but later suffered a loss of form that ended with him being dropped from the national side.

While Pirates also finished third in the championship and qualified for the CAF Confederation Cup quarterfinal, he conceded they could have done better.

“We suffered injuries at crucial times throughout the season, that’s what let us down. But we hope for better luck this time, starting with the [Carling Cup] match next weekend [against Kaizer Chiefs]. It should set the tone for the season,” Hlatshwayo said.

Meanwhile, Pirates explained the logic behind going with blue for their away strip this season, after preferring orange last year. “The away jersey is a strikingly different colour this time because it goes with our mission of incorporating youth elements,” said the club’s media officer Thandi Merafe.

“We are continuously evolving. But we also wanted to keep the design of this season’s kit simple but bold enough to reflect the expectation of the club for the coming season, and that is to win. We want to give our players and supporters a sense of pride when they put on this season’s shirt.”

Orlando Pirates have unveiled their home and away kit for the 2021-22 season‚ which the club says is a combination of vintage and modern.
Sport
1 year ago

New Orlando Pirates signing Bandile Shandu admits that competition for places at the club will be tough, but vowed to be patient and wait for his ...
Sport
1 year ago

Orlando Pirates’ new signing Kwanda Mngonyama is relishing the prospect of learning from the experience of Happy Jele, Thulani Hlatshwayo and ...
Sport
1 year ago
Next Article