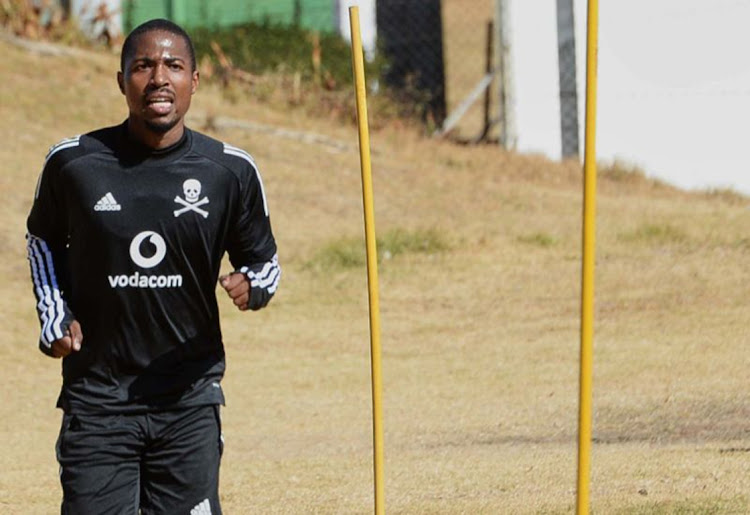 New Orlando Pirates signing Bandile Shandu admits that competition for places at the club will be tough, but vowed to be patient and wait for his opportunity.

Shandu joined the Buccaneers on a free transfer earlier this month after spending the previous nine seasons with Maritzburg United, where he featured in 162 matches across all competitions.

The 26-year-old is a versatile midfielder, he can play as a right wing and right back.

“It’s difficult because of the quality Orlando Pirates has, but I’ll keep doing what’s worked for me 'til this point,” Shandu told the club website.

“I always strive to work hard, do the basics right and follow the coach’s instructions.

“Just try and add value and do whatever is required by the team to the best of my ability.

“So, I’m just willing to do that and contribute to the team’s cause and make sure that we achieve a lot in the upcoming season.”

Following his move to the Soweto giants, which is the first transfer of his career, the midfielder is also aware he will face a different kind of pressure than at Maritzburg.

“I played for Maritzburg United since I was just 17, so moving to another club was a bit of a first for me,” he said.

“So, I’m glad to have received a warm welcome from my new teammates as well as the coaches. That has made things easier and I’m really grateful for that.

“Pirates are a big club, one of the biggest in SA. So, I’m expecting a different type of pressure.

“I know there is a demand for results and I’m aware that I have to do my best to contribute to positive results for the team.”

Shandu added he would give his best every time he is given an opportunity as he looks to cement his place in the starting line-up.

“I’m really honoured to be playing for Pirates. What I can promise is that each time I’m on the pitch. I’ll always give 100% and ensure that the fans are happy.

“It’s such a privilege and honor to be part of this great club. So, I’m really looking forward to the upcoming season."

Orlando Pirates’ new signing Kwanda Mngonyama is relishing the prospect of learning from the experience of Happy Jele, Thulani Hlatshwayo and ...
Sport
3 months ago

Just a week after unveiling four new players, Orlando Pirates are believed to have struck a deal with Golden Arrows to buy defender Nkosinathi Sibisi.
Sport
3 months ago

Swallows coach Brandon Truter has advised new signing Thandani Ntshumayelo to remain patient at the club and wait for his opportunity when the new ...
Sport
3 months ago

Despite difficulties they may find in fighting for a place in the starting line-up at Orlando Pirates, former player Benson Mhlongo believes all the ...
Sport
3 months ago
Next Article