Ncikazi disappointed in Arrows’ finish but proud of his players 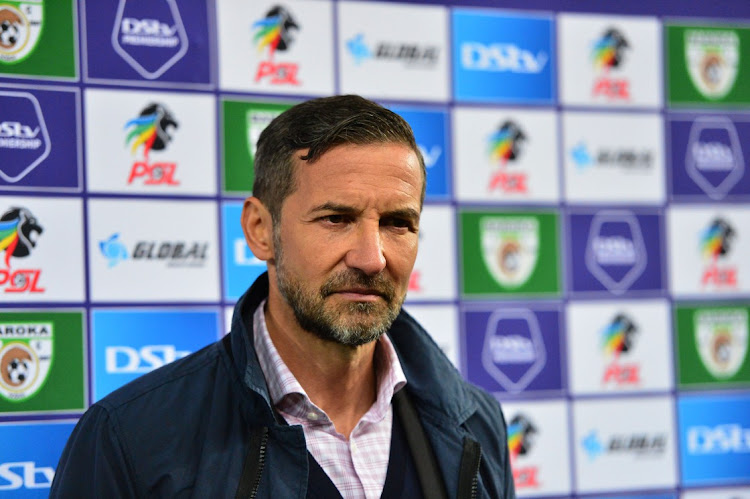 Josef Zinnbauer may have saved his job for now after Orlando Pirates’ third-place finish in the recently concluded season of the DStv Premiership.

Zinnbauer was under pressure during the season, with supporters calling for his head after inconsistent results.

But having guided the club to the MTN8 title, a third-place finish and qualification for the CAF Confederation Cup, he could stay for another season with the Buccaneers.

Zinnbauer has had a love-hate relationship with the Ghost (Pirates fans) as they feel he is not the right man to take them forward and it remains to be seen what the management will do in the coming weeks.

Meanwhile, having been in the top three for the better part of the season, only to drop to fourth in the last two matches, Golden Arrows would be disappointed with their position. They missed a chance to play continental football for the first time in their history.

Provincial rivals AmaZulu will participate in the Champions League after finishing second in the standings and it would have been a boost for KwaZulu-Natal had Arrows joined them in the CAF competitions.

Arrows coach Mandla Ncikazi was disappointed to have failed to cement their place in the top three, but expressed pride in his players for the season they had. “There is so much good that happened. Though I’m disappointed that we were on the verge of going into Africa with the group [but didn't make it], I’m still proud.

“If you would have said at the beginning of the season that we would be where we are currently, I would have been the proudest man. So I don’t want to change the focus just because we are here. I’m still proud of this group.”

Orlando Pirates and Tshakhuma Tsha Madzivhandila (TTM) will represent SA in the Caf Confederation Cup next season after the two teams finished the ...
Sport
11 months ago

Orlando Pirates' push for a second-place finish and a spot in next year’s Caf Champions League suffered a major blow after the stuttering Buccaneers ...
Sport
11 months ago
Next Article