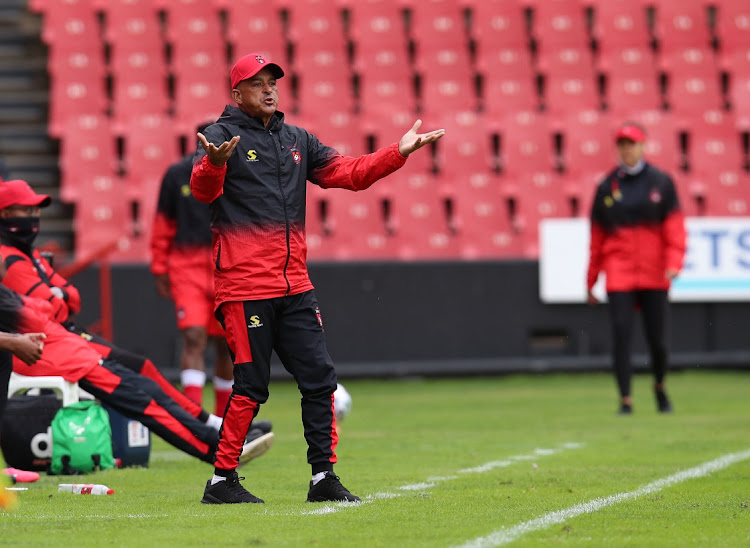 On the back of a solid season, TS Galaxy trainer Owen da Gama is optimistic they can hold on to their key players amid growing interest from big guns.

Da Gama joined Galaxy when they were flirting with relegation in January and managed to take them into the top eight until Kaizer Chiefs elbowed them out on the last day at the weekend.

Players like skipper Given Msimango, Ethan Brooks and MacBeth Mahlangu were the Mpumalanga-based side’s top performers as they finished ninth in their maiden season in the big league. The trio has been linked with various Gauteng clubs. But Da Gama is positive the club’s owner, Tim Sukazi, will not sell these stars.

“I think our chairman has put down a very good structure. He understands players, he understands their needs and he understands where to go and how to move forward. So I think there’s no question about losing players because we’re in a process of building a team,” said Da Gama.

Instead of selling their best players, Galaxy intend to bolster their squad. The Rockets have already secured the signature of Chippa United striker Augustine Kwem, who penned a precontract with them a few months ago.

“We understand that building a team is a process. Hopefully we can strengthen a little bit. There’s no doubt that we’d like to strengthen upfront and on the side, left and right-back. We would also like to bring in more players,” Da Gama revealed.

The 24-year-old Msimango, who featured in 24 Dstv Premiership games in the just-concluded season, is understood to be the target of Orlando Pirates. With 12 league games under his belt in the 2020/21 season, Brooks, 20, has been heavily linked with SuperSport United, who are also said to be monitoring the 19-year-old Mahlangu, who played 22 league games.

Relief for Stellies but Chippa have a big fight ahead