Advantage with Pirates after key win at Baroka 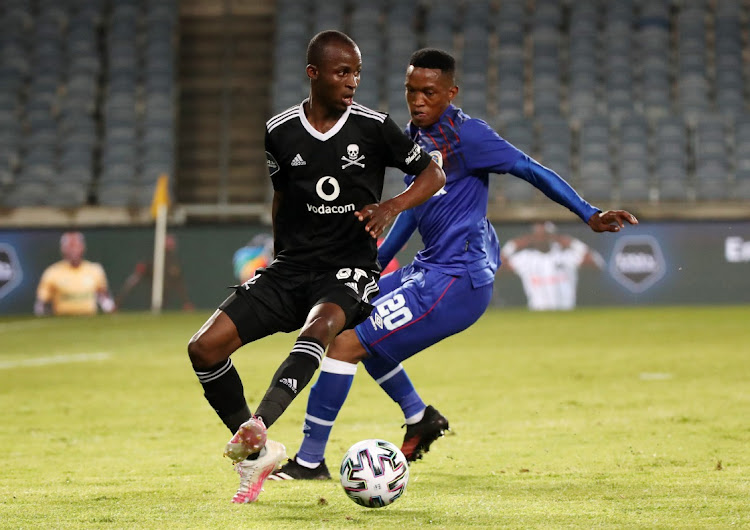 Orlando Pirates and Golden Arrows will be fighting for the CAF Confederation Cup spot when the DStv Premiership season wraps up tomorrow.

With Pirates currently third and favourites to qualify for the continental competition, they only need a draw in their last match against Tshakhuma Tsha Madzivhandila (TTM) at Orlando Stadium tomorrow (3pm) to confirm their place.

They lead Arrows by three points, thanks to their hard-fought 2-1 victory over Baroka at Peter Mokaba Stadium on Wednesday, courtesy of a late goal from Terrence Dzvukamanja.

Arrows will need to win their final match against Stellenbosch at home and hope TTM do them a favour by beating Pirates.

A victory for Abafana Bes'thende and a defeat for Pirates will see them move to third, level with Pirates on 49 points but boasting a superior goal difference.

“We are still on course ... We ran our race and I think the players have done well up until so far,” he told the club's media department.

“In the last match, anything is possible. I’m still proud of the players.”

Arrows only have themselves to blame for their 3-2 defeat to Kaizer Chiefs on Wednesday.

Had they not allowed Chiefs to come back into the game twice, they would be going into the final match in third place and only needing a win to book a place in the continental competition next season.

Ncikazi admitted that they gave the match away after poor defending for all three goals they conceded.

“I thought if we took our other chances we would have won the match, but we didn’t take them and [if you] defend the way we did, you won’t win matches,” he said.

“I avoid talking about what I can’t control. Some things sometimes are beyond your control and I felt there were moments in the game of things that were beyond my control.

“What I can control is the team taking the chances when we get them and defend[ing] better. If we do that, we have a chance to win the match.”

Kaizer Chiefs aimed to tire out Lamontville Golden Arrows and then exploit the spaces that a confident and attacking opposition would leave behind ...
Sport
11 months ago

AmaZulu's maiden appearance in the Caf Champions League next season hangs in the balance after it emerged that Kaizer Chiefs could have a say on ...
Sport
11 months ago