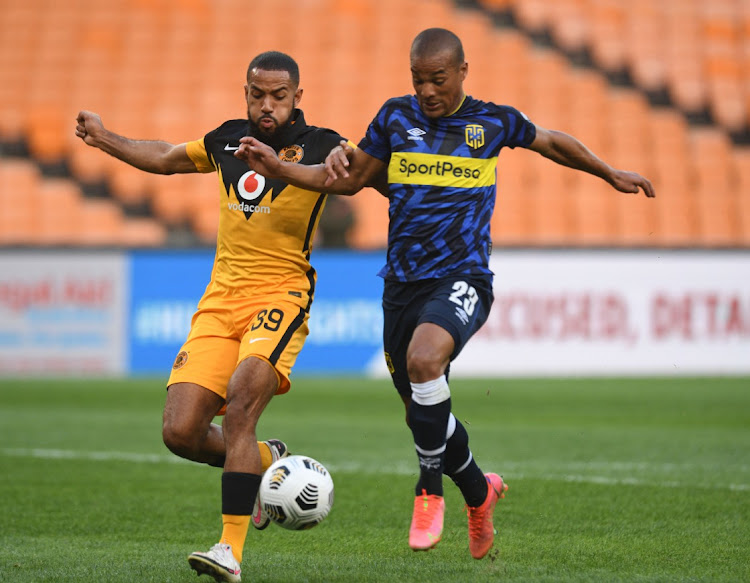 Goals either side of halftime by Tashreeq Morris and Bradley Ralani saw the Citizens consolidate their place in the top eight, while Chiefs dropped to 11th in the DStv Premiership standings.

It was the Amakhosi’s first defeat in nine matches.

And it doesn’t get any easier for the Amakhosi as they turn their attention to unbeaten and reigning champions Mamelodi Sundowns at Loftus Versfeld on Sunday.

The Citizens came into the game at the back of an impressive 3-0 victory over SuperSport United in their last match and were looking for two successive wins.

It was the Citizens, who had a better of the opening exchanges, with Chiefs struggling to get going earlier on.

The visitors had the best chance to take a lead in the 19th minute. A misplaced City pass into the area was intercepted by Reeve Frosler straight into the path of Morris six yards out, but he ballooned the ball over the bar.

Morris then made up for the earlier miss two minutes later when he slotted in a Terrence Mashego dangerous cross into the box to slot home the opener.

It was all City in the first half and they had the chance to increase the lead. Chiefs came back in the second half with more energy and purpose as they started to take a game away from the home side.

But it was the Citizens who doubled their lead six minutes after the interval as Ralani’s shot from range took a deflection with Itumeleng Khune watching helplessly as the ball went inside the net.

With a two-goal lead, City didn’t sit back. They continued with their possession play, making Chiefs chase shadows.

Chiefs pulled one back after the hour mark through Kearyn Baccus’s powerful header, and he connected from Siyabonga Ngezana’s cross.

Kaizer Chiefs attacker Dumisani Zuma has declared all Amakhosi’s remaining fixtures “must wins”, aiming to start what would be an onslaught, if it ...
Sport
1 year ago