Swallows coach Truter: ‘I respect John Maduka and the football Celtic are playing’ 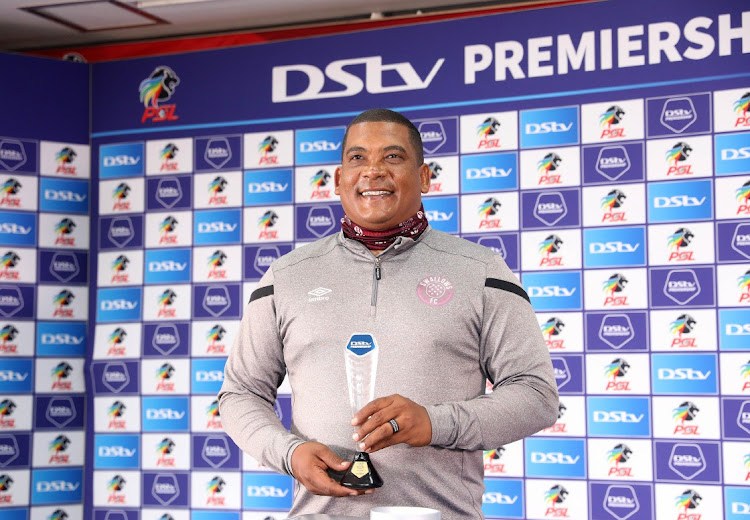 Swallows FC coach Brandon Truter was satisfied with a point from a DStv Premiership match away against Bloemfontein Celtic‚ saying of his Phunya Sele Sele coaching counterpart‚ “I respect John Maduka for the type of football they are playing.”

On the surface‚ it would appear yet another draw for once-high-riding Swallows from Tuesday’s 1-1 stalemate at Dr Molemela Stadium should come as a disappointment to the Birds.

However‚ for a promoted team‚ fifth place from just one defeat past the two-thirds stage remains a remarkable performance on a return to top-flight football.

The Birds could not add a second victory to their 2-1 win against Black Leopards on April 11 that ended a run of nine matches without a win (eight of which were draws). In isolation‚ the result away against Maduka’s well-drilled Free State side was encouraging to Truter‚ who admitted Swallows rode their luck to some extent as 11th-placed Celtic applied pressure in the second half.

“We always knew that this is what Celtic are capable of. But we managed to go toe-to-toe with them in the first half‚” Swallows’ coach said.

“I think it was a good game. We had chances‚ they had chances. But it was nice and controlled.

“I think in the second half when some of our legs went - like Ruzaigh Gamildien after two games coming back - and then also when you look at our wing play ... . But I think by that time we got the goal‚ Celtic got the goal about two‚ three minutes after that.

“And then they were coming at us. We replaced like for like‚ but then the intensity was so high that the players couldn’t manage it.

“We were forced into making some tactical changes to weather the storm Celtic were putting us under. We managed to do that‚ and then got one or two chances to score.

“But ja‚ it’s a point away from home. For John it’s two points dropped at home‚ so I’ll take it.

“But like I said‚ for up to 60‚ 70 minutes it was good football‚ and then it got away from everybody and was end-to-end.

“But I respect Celtic‚ I respect John what they are doing and for the type of football they are playing‚ so well done to him for the advert. But well done to my boys as well for the point‚ it’s a point away from home.”

Winger Kgaogelo Sekgota capitalised on a defensive error to put Swallows ahead in the 55th‚ Celtic midfielder Neo Maema’s strike taking a deflection for an equaliser four minutes later.