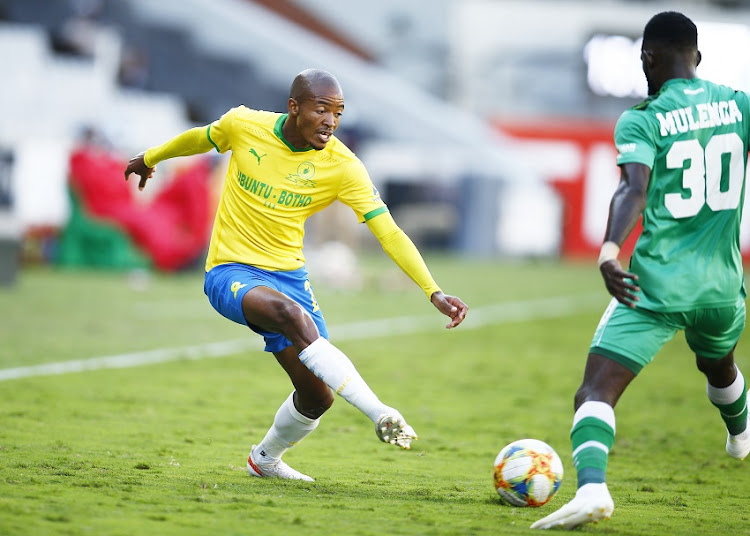 The only thing missing at Kings Park were goals.

AmaZulu and Mamelodi Sundowns produced an entertaining and often ill-tempered match but had to settle for a goalless draw that saw them maintain their positions at the top of the DStv Premiership.

The Brazilians remain in control at the top of the pile with 47 points and 21 matches while Usuthu are following them on second spot with 41 points from 23 matches.

For AmaZulu, this share of the spoils has brought to an end their five match winning streak in the league after victories over Stellenbosch, Black Leopards, Tshakhuma Tsha Madzhivhandila (TTM), Chippa United and SuperSport United.

So tempestuous was the match that AmaZulu coach Benni McCarthy was lucky not to be given his marching orders after he sarcastically applauded match official Jelly Chavani after he gave him a yellow card in the first half.

In the closing stages, Sundowns coach Steve Komphela had to intervene to separate McCarthy and Sundowns stand-in captain Mosa Lebusa who squared off on the touchline in one of the many heated moments.

Both McCarthy and the Sundowns coaching trio of Manqiba Mngqithi, Komphela and Rulani Mokwena will view this result as two points dropped as they both had good scoring chances.

Sundowns return to action with another high profile fixture against rivals Kaizer Chiefs at Loftus on Sunday where they will be looking to protect their unbeaten record while AmaZulu host TS Galaxy on Saturday.

There was nothing much separating the two teams after the opening two minutes as they attacked each with other with Austin Mulenga, Sphelele Mthembu and Thabo Qalinge for AmaZulu.

AmaZulu came closest to opening the scoring after 53 minutes when Mulenga used his power to bulldoze Rushine De Reuck and Maboe inside the box but his final shot ricocheted off the upright with Denis Onyango beaten.

Sundowns didn’t take that threat lying down as they reacted with an immediate quick counter of their own that resulted with Mothwa tested by a thunderous shot from Zwane as both teams went all out for opening goal.

In the closing stages, substitute Gift Motupa delivered a cross into the AmaZulu box but Mothwa got his hands on the ball only to parry in on to the path rushing Shalulile whose final touch went agonizingly wide off the upright after 76 minutes.

Deep into injury time, AmaZulu launched another attack through Luvuyo Memela but his cross from the left flank but the ball was beyond the reach of Lehlohonolo Majoro who missed an opportunity of a last minute winner.