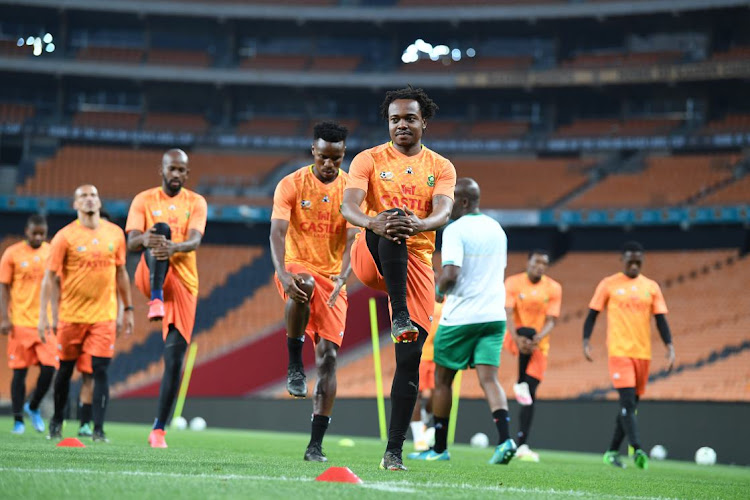 Even though Brighton & Hove Albion star Percy Tau has to quarantine for 10 days when he returns to England, he says his sacrifice to represent his country is worth it.

The Bafana talisman made a huge sacrifice to represent his country during the Covid-19 imposed travel restrictions abroad, and it shows how much he wants to help Bafana to book their place in the Africa Cup of Nations (Afcon) finals in Cameroon next year.

Bafana will play back-to-back matches against Ghana and Sudan in Group C, starting tonight (6pm) with the clash against the Black Stars.

“I think the games are all important, we are all aware of that. I am grateful that the communication between Bafana and Brighton was successful and they were able to allow me to come. It was smooth and they were able to reach an agreement, even though I still have to go and quarantine for 10 days.

“I understand the importance of the two games and it would be great for us to qualify for Afcon," he said.

However, the bigger picture is for Tau to use the matches against Ghana and Sudan to get some much-needed game time.

He has only managed two appearances for Brighton in the English Premier League this season. “I have been struggling to get game time in England. Even though I won't be in England to fight for my position, this game time with Bafana will help me to improve my confidence," explained Tau.

After loan spells at Club Brugge and Anderlecht in Belgium, Tau is finally back at Brighton where he was signed in the first place. “The level in the EPL is higher, you cannot compare it to any league. There are many top teams and international players and that increases the standard of football there," Tau said.

What must Bafana Bafana do to ensure that they secure a place at the Africa Cup of Nations finals in Cameroon next year?
Sport
7 months ago

Percy Tau on his challenges at English side Brighton & Hove Albion: 'I just have to go in fighting'

Percy Tau has always fought past the hurdles in his career‚ and the Bafana Bafana international whose big heart has played a role in the nickname ...
Sport
7 months ago

Bafana Bafana coach Molefi Ntseki has questioned the apparent Afro-pessimism from European clubs that has seen squads across the continent decimated ...
Sport
7 months ago
Next Article