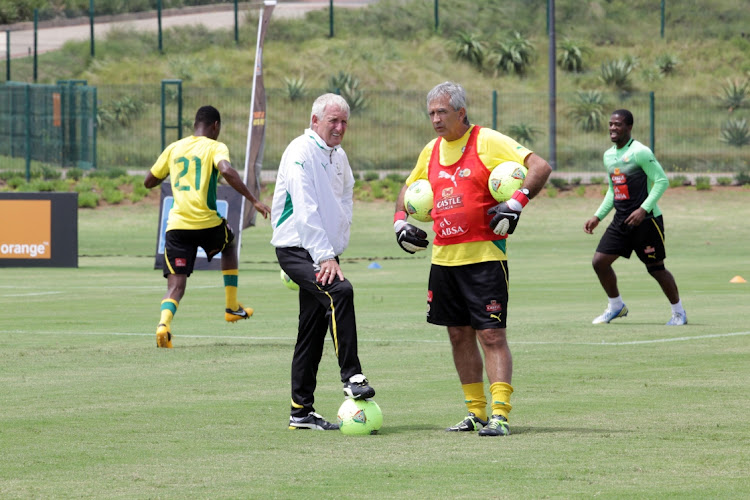 A proper academy focusing solely on the development of keepers would help solve the goalkeeping crisis which has beset SA football, according to veteran goalkeeper coach Alejandro Heredia.

Argentinian Heredia should know better. He arrived in SA in the early 80s to play for Orlando Pirates and later Mamelodi Sundowns. But it was his long spell as a goalkeeper coach at national level which equipped him to see a clearer picture of declining keeping standards in the country, which left Bafana Bafana coach Molefi Ntseki scratching his head as he was selecting the team to face Ghana and Sudan in this week’s Africa Cup of Nations qualifiers.

Ntseki was forced to call up an out-of-form Itumeleng Khune alongside Ronwen Williams and Veli Mothwa as the three keepers for the two matches, taking place today and Sunday.

“The situation has become dire,” Heredia said. “You can’t blame the national coach because his options are limited. We used to export keepers to Europe. Andre Arendse went overseas (to play for Oxford and Fulham), so did Calvin Marlin and Rowen Fernandez.

"There was always succession at national level. Brian Baloyi took over from Andre, then you had Marlin and Fernandez. Khune followed soon thereafter. Now we have Ronwen Williams and Veli Mothwa, but little else.”

Heredia believes a properly funded academy exclusive for unearthing keeping talent would go a long way. “Goalkeeping is a specialist position. But the biggest problem today is that it is neglected. Even the coaching courses offered by Safa and CAF barely focus on goalkeeping. Since 2006, we’ve only had five courses focusing on goalkeeping.

"But if you have an academy, you can have better products. The problem is the funding. You can get 30 kids in the first month, but the following month many fall off because they won’t be able to pay. So the answer is to get a sponsor.”

Heredia first got involved with the SA national teams as keeper trainer in the mid-90s and went on to be in camp with Bafana for over 120 games. He currently serves as a CAF and Fifa instructor and conducts coaching courses throughout the continent.

“I pushed for a separate goalkeeping department within the CAF coaching courses but unfortunately, two years ago, it was suspended. I drafted the manual and syllabus, everything. Hopefully this is one of the matters that will be addressed with some urgency by the new (CAF) president (Patrice Motsepe),” he said.

Heredia believes lack of game time by SA’s younger keepers is also contributing to the current crisis, with top teams like Mamelodi Sundowns, Orlando Pirates and Kaizer Chiefs all preferring foreigners for the No1  position.

“We have keepers who’ve proven good at junior levels, but they are not graduating to Bafana because they don’t get a chance at their clubs. Mondli Mpoto, Ricardo Goss and Brandon Petersen all have potential but if you’re not a regular at 26, 27, you will regress. I don’t blame the clubs for signing foreign keepers because they want results at all costs. But the fact is, our national teams are suffering.”

The presence of off-form Kaizer Chiefs goalkeeper Itumeleng Khune in the Bafana Bafana squad may have set tongues wagging, but a closer look at SA's ...
Sport
8 months ago

AmaZulu goalkeeper Veli Mothwa is hoping that his call-up to Bafana Bafana would motivate other locally based players to work hard.
Sport
8 months ago
Next Article