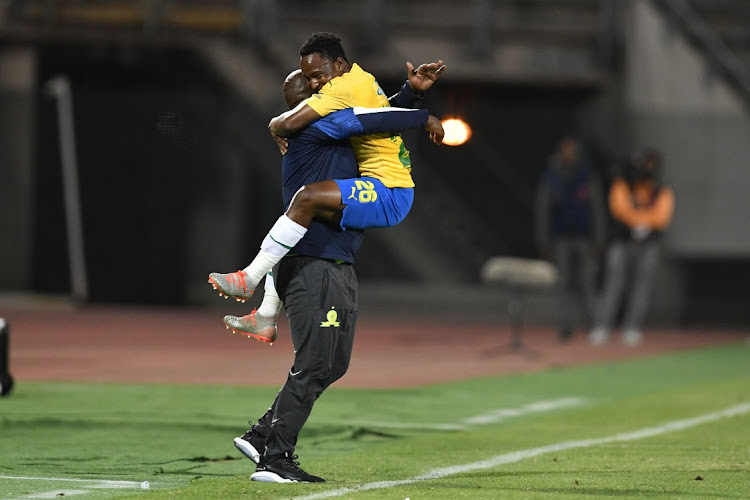 Fledging Mamelodi Sundowns star Keletso “Aguero” Makgalwa has refused to blame the departure of coach Pitso Mosimane for his negligible role at the club this season.

Last term, under Mosimane, Makgalwa started two of the 23 matches he played, netting six goals and racked-up two assists across all tournaments. He went on to win the Nedbank Cup's Most Promising Player gong.

When Mosimane left the Brazilians for Al Ahly, his assistants Manqoba Mngqithi and Rulani Mokwena were appointed as co-coaches.

The duo has hardly used the player, having never started him, with all the nine games he’s played in all competitions thus far being cameos off the bench. Nevertheless, Makgalwa doesn’t think his limited game time has to do with coaching changes.

“I don’t think so [that Mosimane’s exit limited his playing opportunities]. Coach Manqoba and coach Rulani were there with coach Pitso. It’s hard to change a winning team, that’s why I haven’t been playing," Makgalwa told Sowetan from Durban yesterday, where’s he's in camp with the national Under-23 team preparing for the upcoming Olympics.

The 24-year-old stocky attacker, who earned his Aguero nickname thanks to his thickset body similar to Argentina and Manchester City superstar Sergio Aguero, has vowed to work harder to earn a regular berth in Downs’ first team.

Makgalwa knows his dream of making the final Olympics squad depends on doing well at club level. The Olympics start from July 23 to August 8.

The Brazilians have been ruthless on all fronts in the last few months, having gone 26 games without losing this season. Makgalwa is optimistic they can win a treble of trophies in the form of the Dstv Premiership, the Nedbank Cup and the CAF Champions League.

“It’s possible for us to win the treble because we have quality in the team. We are like a family... there’s that camaraderie, no egos,’’ noted the lad from Mokopane in Limpopo.

Sundowns star Hlompho Kekana breaks his silence: 'that would be childish and petty'

Mamelodi Sundowns captain Hlompho Kekana has vowed to continue fighting for his place at the club that he loves and hopes that his lack of game is ...
Sport
1 year ago