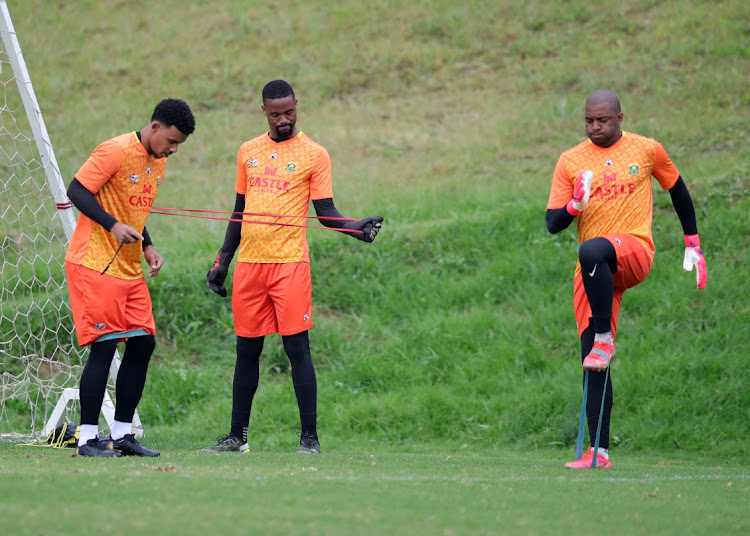 AmaZulu goalkeeper Veli Mothwa is hoping that his call-up to Bafana Bafana would motivate other locally based players to work hard.

Mothwa, 30, who has played 17 matches and kept five clean sheets while conceding 15 goals for Usuthu, is delighted with his call-up to Bafana. Even though Bafana's vice-captain and SuperSport United goalkeeper Ronwen Williams is the favourite to start ahead of him, he said that he would use the opportunity to enjoy himself in international football.

Mothwa is blessed in that he has three legends in the Usuthu's technical team that represented Bafana. Usuthu goalkeeper coach Moeneeb Josephs, assistant coach Siyabonga Nomvethe, and head coach Benni McCarthy represented their country and played big matches in the colours of the senior national team. The trio gave him a little bit of advice and told him to be himself and learn as much as he can from this experience.

“The coach [McCarthy] told me not to change the way I work here at AmaZulu. He told me not to be too excited that I got a call-up and work the way I normally work at Usuthu. He said I must go there to add quality and not to make up the numbers," said Mothwa.

Meanwhile, Bafana coach Molefi Ntseki does not know what to expect from Ghana in the big match. The Black Stars have also made many changes from their usual team with new call-ups and old faces that have not played for them in years.

“We had a lot of days to analyse Ghana and this [withdrawal of regular players] happens," Ntseki said. "Ghana are more dangerous than the team that we analysed previously. It becomes much easier for you when you know whom to play against. In this case, you are more about the coach looking at his past two matches. They will come here to a different team. Whoever will play will prove a point as they also lost their star players."

Ntseki said the focus should be on them and not Ghana. “With due respect to Ghana and Sudan, it's about us mentally and tactically. We have a belief that will get us results in both matches," he said.

Bafana are tied on nine points with Ghana with two games remaining, while Sudan are third with six points, with Sao Tome and Principe bottom with zero points.

The presence of off-form Kaizer Chiefs goalkeeper Itumeleng Khune in the Bafana Bafana squad may have set tongues wagging, but a closer look at SA's ...
Sport
1 year ago

Bafana Bafana coach Molefi Ntseki’s own squad plans have not just been thrown into disarray by European clubs refusing to release players‚ but also ...
Sport
1 year ago

Rangers midfielder Bongani Zungu will join Bafana Bafana for their second crucial Africa Cup of Nations qualifier against Sudan in Khartoum on ...
Sport
1 year ago
Next Article