No one has given us a chance, says keeper Chibwe 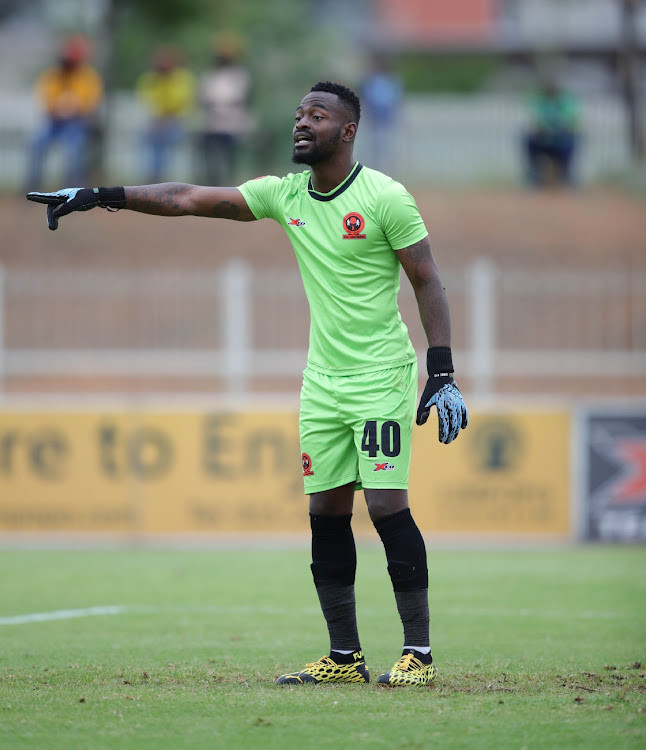 Polokwane City are determined to pull off a giant-killing act when they face holders Mamelodi Sundowns in the rescheduled Nedbank Cup second round at Loftus Versfeld Stadium in Tshwane tomorrow (3pm).

The winner of the second round will play against Orlando Pirates in the quarterfinal, set for next week.

Rise and Shine Zambian goalkeeper Cyril Chibwe said he is happy that people have written them off without kicking a ball.

While Sundowns have travelled all over the continent to fulfill their CAF Champions League assignments, the Limpopo-based GladAfrica Championship side are ready for the battle of David v Goliath in the capital city.

“We are ready to upset one of the biggest teams in Africa. We have nothing to lose and everything to gain. We want to apply ourselves well. It is a big game for us. We have been training day and night for this big game,” Chibwe told Sowetan yesterday.

The 27-year-old goalie knows that he could be the busier of the two goalkeepers on match day. However, he says the team does not need extra motivation for the Sundowns Ke Yona cup competition encounter.

“There is talk that the defending champion will play Pirates in the quarterfinal but this works to our advantage as they might underestimate us. This motivates us to win the game. The match is a win-win situation for us. If we win, it is a giant-killing act and if we lose, it will be something that everyone expected. The pressure is on Sundowns and for us, it is a test to see how far we’ve come in the season,” said Chibwe.

The Tshwane giants could make wholesale changes to their starting line-up and rest their big-name stars, especially as they have another league match against Stellenbosch on Saturday.

But Chibwe said any Sundowns team fielded on the day would be a team of superstars. “They have a big squad with depth. We expect the changes but the reserves are more dangerous as they want to stake their claim into the starting line-up,” he said.

The Limpopo outfit occupy 14th place on the NFD log table with 18 points from 14 games and trail log leaders Richards Bays by nine points with a game in hand. “Our focus is the league and the cup competition is a bonus,” said Chibwe.

AmaZulu mentor Benni McCarthy and Mamelodi Sundowns star Peter Shalulile walked away with top honours when they were named coach and player of the ...
Sport
1 year ago

Mamelodi Sundowns are on course to match their own record of finishing the CAF Champions League group stages without tasting  defeat and probably ...
Sport
1 year ago
Next Article