Coach urges Citizens to tighten up against SuperSport

Riekerink admits 'tired' side could have lost 5-0 to Bucs 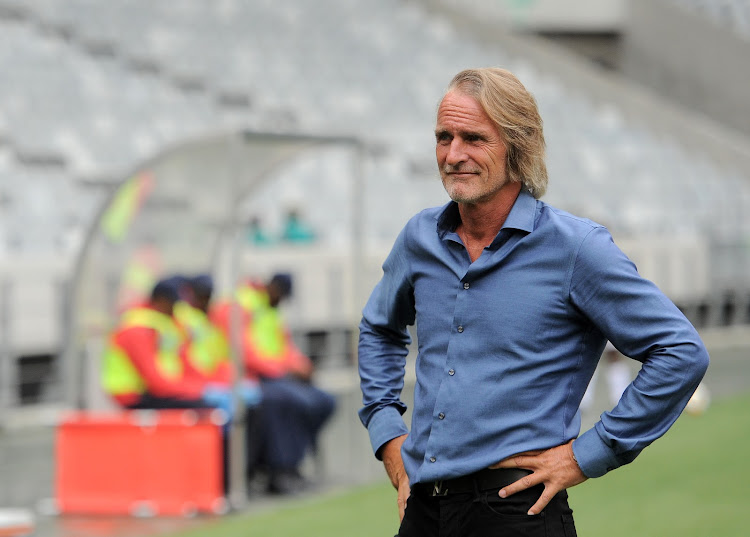 The 57-year-old Dutch mentor's charges were outplayed by the Soweto giants, losing the game 2-0 at the Orlando Stadium on Tuesday. He said the players were tired and that their energy levels had dropped.

But Riekerink is hoping that they will be more rested and ready to avoid back-to-back league defeats in their next league game against SuperSport United at the Lucas Moripe Stadium in Tshwane tomorrow (5pm).

The Tshwane giants lost to Bloemfontein Celtic in Mangaung in their previous league game.

“We could have easily lost our previous match 5-0 and the players could not keep up mentally. We suffered from fatigue. A lot of players struggled and were tired. We were not in our physical shape,” said Riekerink.

The Citizens are among the title contenders but their leaky defence is letting them down. “We have a lot of attacking players. Our strength lies in attack. We score lots of goals and play beautiful football, but we need to find the balance and the biggest challenge is to find good defenders. We have to tighten up at the back against SuperSport. We cannot afford to lose another game,” added Riekerink.

SuperSport coach Kaitano Tembo said they did not do well in the final third of the field in their previous game and he hopes for an improvement. “Cape Town City are the best team in the country at the moment in terms of structure and form. It won't be an easy game. We have to dust ourselves [off] and focus on the next game,” said Tembo.

After being tipped as one of Orlando Pirates' future stars, having come through their junior ranks, Ricardo Lourenco’s career has taken a nosedive.
Sport
11 months ago

Orlando Pirates coach Josef Zinnbauer had plenty of reasons to celebrate after his side got their DStv Premiership campaign back on track with a 2-0 ...
Sport
11 months ago
Next Article