Coach Taylor wishes win over Baroka was worth three points 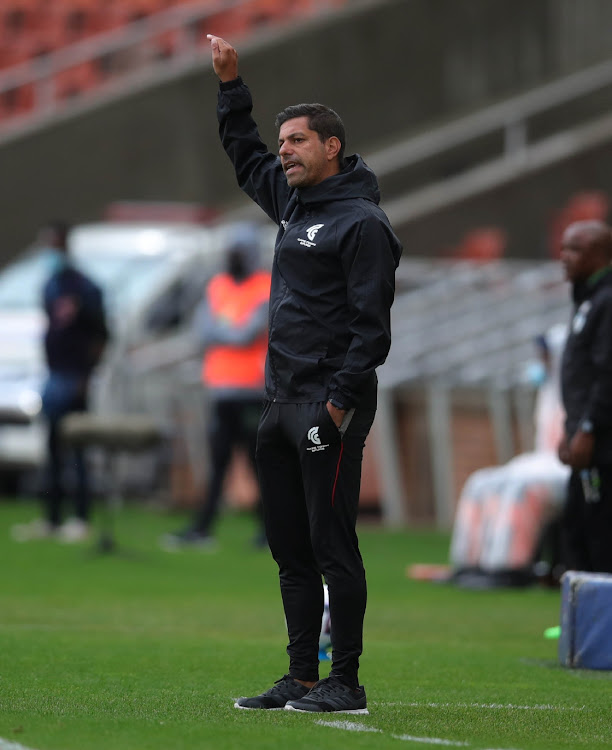 Given their poor run in the league, Cape Town Spurs mentor Ian Taylor wishes he could trade Monday's Nedbank Cup first round success over Baroka for three points.

Spurs put in a gallant display to knock Baroka out of the Nedbank Cup via penalties at Peter Mokaba Stadium. The match was deadlocked at 1-1 after extra time.

In the GladAfrica Championship, Spurs are staring relegation in the face, occupying the 15th spot with just 10 points from a possible 33. They have accumulated two wins and four draws, losing five times.

Taylor, who succeeded Vladislav Heric nearly a fortnight ago, has prioritised stabilising the club in the league over chasing glory in the Ke Yona Cup.

“I wish it [the victory against Baroka] was three points because we need three points more than the cup. We now need to continue with this momentum [they gained by beating Baroka] going forward,” Taylor told Sowetan.

Despite being second from bottom on the GladAfrica log, the 44-year-old Taylor hasn't thrown in the towel on their promotion challenge.

“Yes, we started the season poorly. But in this league a few wins in succession can change your life. We can still stake our claim in the fight for promotion. But that's not our target at this stage, we want to move up the table,” Taylor said.

“Sekhukhune are top of the log, so playing against them gives us a chance to gauge our ability to go pound- for-pound with the best teams in this league,” noted Taylor.

“I expect a tough one. They have many players who have top-flight experience, whereas our team consists of youngsters who're still trying to find their feet in the professional set-up.”

Orlando Pirates earned what seemed a crucial and relatively convincing 2-0 win against Cape Town City at Orlando Stadium on Tuesday evening to remain ...
Sport
1 year ago
Next Article