Al-Hilal not a closed book to Downs 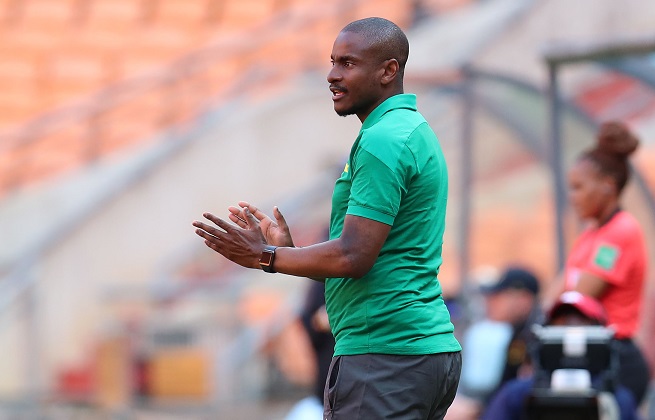 Not one to shy away from talking about his opponents ahead of the game, Mamelodi Sundowns co-coach Rulani Mokwena shared his analysis of Al-Hilal Omdurman as they prepare to host them in their opening match of the CAF Champions League group stage at Loftus Versfeld Stadium tomorrow (6pm).

Mokwena says they have done their research and the Sudanese are not a closed book to them.

“Like always, we try to be extremely thorough with our preparations. We got a responsibility to make sure that we provide the players with as much information as possible,” Mokoena told the media yesterday.

“When you go into a match as football players with the right information about the opposition, it allows you to be free and express your way of wanting to play. We got such principles in our game model but, of course, those principles are always adapted to the profile of the opposition.

“Al-Hilal are not a closed book to us because we’ve watched even their qualifiers in CAF, their games against Asante Kotoko — the 1-0 win away from home. And they had a three-team tournament with TP Mazembe and Simba, and we watched that.

“Unfortunately at that moment they also had a couple of good young players with the Sudanese national team that went into CHAN [the African Nations Championship].

“They were not part of that three-team tournament, but we also had to look at them because we saw a couple of very individual performances from them in CHAN where the Sudanese national team lost to Nigeria, if I’m not mistaken, in the quarterfinals.

“That helped us to profile some of the players that we were not able to see within the team context,” Mokwena said.

The Downs co-coach is expecting a difficult challenge.

“Of course their league is ongoing. They have played eight games, scoring many goals and they are unbeaten, with six wins and two draws.

“They have signed two new players who we have also profiled because we have not seen them participate. So we’ve done our homework and we are ready for them. We know they are dangerous in set plays, and we ready for everything.”

Mokwena also hinted that new signing Rushine de Reuck could make his debut tomorrow. He started training with the club this week after his move from Maritzburg United two weeks ago.

With a month to go to the Confederation of African Football (Caf) presidential elections‚ South African candidate Patrice Motsepe has travelled to ...
Sport
1 year ago
Next Article