Keeper Stephens's efforts all in vain as Downs march on 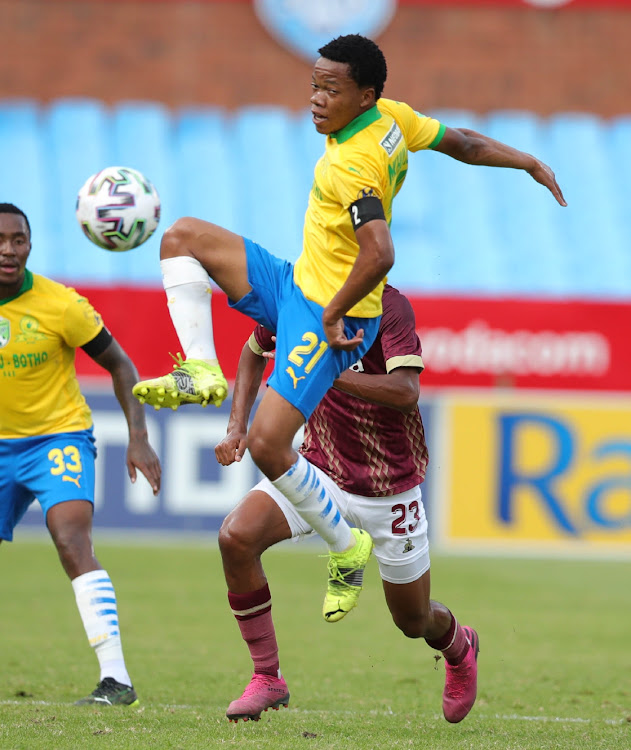 Namibian international Peter Shalulile is proving to be Mamelodi Sundowns' best buy this season after he inspired the Brazilians into the Nedbank Cup second round following a brance in the five-goal thriller against Stellenbosch last night.

The Tshwane giants took a step closer towards defending their title with a  dramatic 3-2 over Stellies at Loftus Versfeld Stadium, with man-of-the-match Shalulile scoring the winning goal in extra-time.

Shaulile has now scored nine goals across all competitions. The game was heading for a penalty shootout, but Shalulile broke the visitors' hearts with a beautiful strike.

Stellies gave Sundowns a run for their money and will draw positives from this performance.

Gaston Sirino thought he had found a late winner late in normal time with a well-taken goal, but the home side's celebrations were short-lived as Phathutshedzo Nange forced the game into extra-time with virtually the last kick of the game.

The Brazilians gave keeper Ricardo Goss his debut in the absence of Denis Onyango who sustained a hamstring injury in the 2-0 victory over Chippa United last week.

Stellies coach Steve Barker opted for Sage Stephens in goal ahead of the first-choice goalkeeper Lee Langeveldt. Stephens was Stellies best player in the match and justified his selection.

The home side showed their intent to open the scoring from the onset when Stephens was called into action saving Lyle Lakay's free-kick after seven minutes.

The Namibian international rounded off the goalkeeper to roll the ball into the ball an empty net. Stephens denied Lakay from a free-kick in the final act of the opening half preventing the Brazilians from taking the lead.

The Brazilians continued with their patient build-up searching for a way to get past the solid Stellies defence. but more often than not they were denied by the brilliant Stephens. But  there's little he could have done to stop Shalulile, however.

Also yesterday, Polokwane City also booked their place in the second round draw following a 2-0 win over visiting Steenberg United.

We are ready for Sundowns, says Stellies defender

Stellenbosch may not have done well in their past five matches, but defender Robyn Johannes has promised they will be up for the challenge when they ...
Sport
2 months ago
Next Article