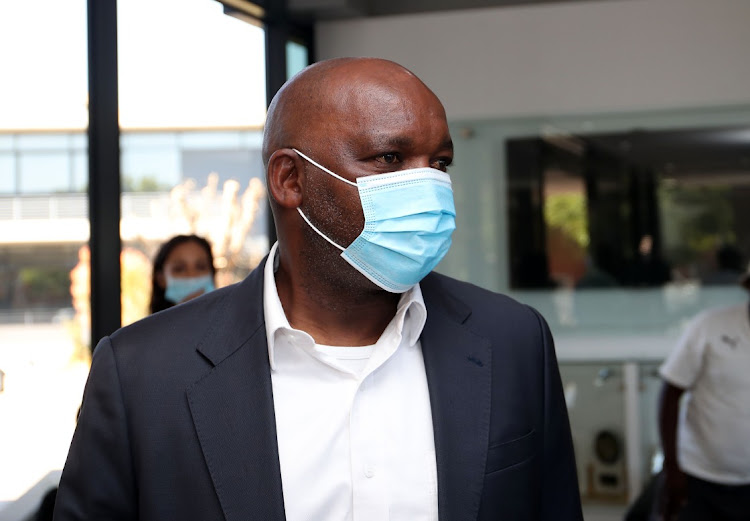 Speaking during a virtual media conference, arranged by the SA Football Journalists’ Association (Safja) yesterday, Mosimane implored local coaches to consider spreading their wings by taking up jobs on the African continent.

“I'd like to encourage my colleagues, the coaches in SA that you don’t know [about continental football] until you’re on the other side. I knew [about it when I was still at Mamelodi Sundowns] but not as much as I know now,’’ Mosimane said.

“There are good coaches in SA who should test themselves on the continent. I mean in our [CAF Champions League] group we’ve got Simba [from Tanzania]. I’d be so disappointed to hear none of the SA coaches has even applied and try to coach Simba, a team that’s always making group stages.’’

Jingles escalated his earnest plea by alluding that a coach of Eric Tinkler’s calibre can easily steer the ship at clubs like Simba. Already, the ex-Maritzburg United trainer is linked to Simba, despite his vehement denial last week.

“We can’t settle for what we always have at home. We have the quality to do that [coach some of the continental giants]. People like Tinkler, are out of jobs now…I mean you can’t be doing the same thing every time like a hamster on a wheel."

“He [Tinkler] has a CV to coach Simba. I am not saying he must go there. He’s been to the Champions League final [and] to the Confed Cup final…he’s got experience, he’s got the biggest CV, more than the Europeans who come and don’t understand what African football is about."

Jingles, 56, also opened up about the pressure he is feeling in Cairo, revealing Al Ahly fans expect him to win the Fifa Club World Cup that starts on February 4-11 in Qatar.

“Al Ahly fans... they don’t say ‘go do your best in the Club World Cup’. They say ‘go and win it’…I said ‘guys are we being realistic’? There’s Bayern in front of me, and they said… ‘hey my friend if you don’t believe you can win it, so why you go there’? You have to be positive here,’’ Mosimane explained.

“If you think I had pressure at Sundowns, no my friend, I have pressure here. Now this is the real stuff. You draw one game, you lose one game you’re on the edge, so you’ve got to win.’’

Al Ahly get their Fifa Club World Cup campaign underway against Qatari side Al Duhail SC on the opening day of the tournament. The winners of this tie face European and German champions Bayern Munich in the semifinals, four days later.

The champions will pocket $6m (R89m, plus $4m bonus) while losers in first round will take home $2.5m each.

The Premier Soccer League’s decision to issue the December/January coach of the month gong to Swallows’ Brandon Truter has once again set tongues ...
Sport
1 year ago

Bloemfontein Celtic have not won a match in five outings but Mamelodi Sundowns coach Manqoba Mngqithi is treading very carefully ahead of the league ...
Sport
1 year ago

AmaZulu coach Benni McCarthy feels it is just a matter of time before his side turn the corner and start converting the opportunities they are ...
Sport
1 year ago
Next Article