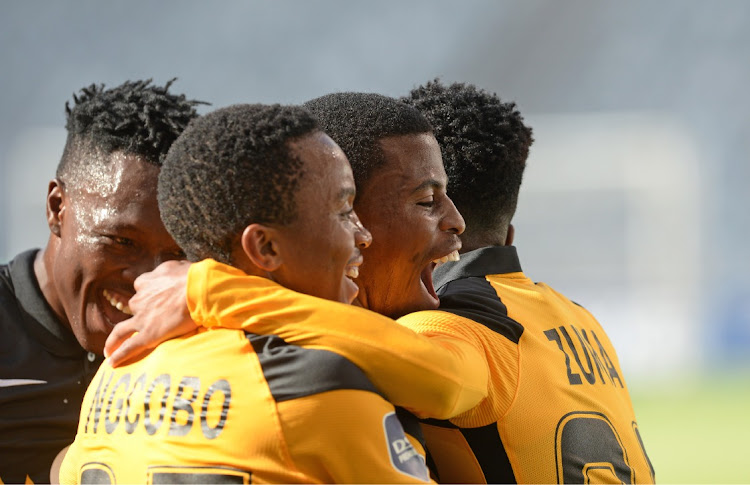 The impact Happy Mashiane and Nkosingiphile Ngcobo have had in Kaizer Chiefs' revival has left coach Gavin Hunt impressed.

Hunt was full of praise for the two upcoming youngsters following their 3-0 victory over struggling Tshakhuma Tsha Madzivhandila (TTM) at FNB Stadium on Tuesday.

Ngcobo, 21, and Mashiane, 23, were both on the score sheet in successive matches and combined well with senior players Samir Nurkovic, Lebogang Manyama and Bernard Parker for the three goals Chiefs scored to register their third victory on the trot.

“I think any good player can play with anybody. They can play with each other, so the idea is we want to try and play into Samir, but I mean we can’t all the time,” Hunt said after the match.

“If I can get him [Ngcobo] higher up on the field, which we can’t do at the moment because of other situations, we need to get the boy because he has some qualities.

“I think he got three or four goals... now I’m not sure [three] this season. But we need to get him in those better positions more often because he has the ability. He is getting better. Hopefully, the combination can blossom a little bit moving forward.”

Hunt added that with Chiefs not able to sign any players because of the transfer ban, he had to throw the youngsters in the deep. “Any successful football team will have that transition from young to old, but we need to get the balance right,” Hunt said.

“Sometimes the balance might be wrong because I know in the derby [against Orlando Pirates] I had too many of them playing. But we have to test them somewhere. We have to be careful how we do it, but in our situation, they have to play and they have to learn very fast.

“I like Happy from the very first day I saw him because he is my type of player. He is a fantastic...”

Chiefs, who have now recorded three successive victories, will be looking to continue with their revival when they visit Stellenbosch at Danie Craven Stadium on Saturday (5pm). “It has been a bit hectic. The most important thing was to try to get results and try to keep ourselves moving in the right direction.”

Kaizer Chiefs are now on something of a roll – well, at the very least a mini-loaf – convincingly notching a third successive DStv Premiership win, ...
Sport
1 year ago