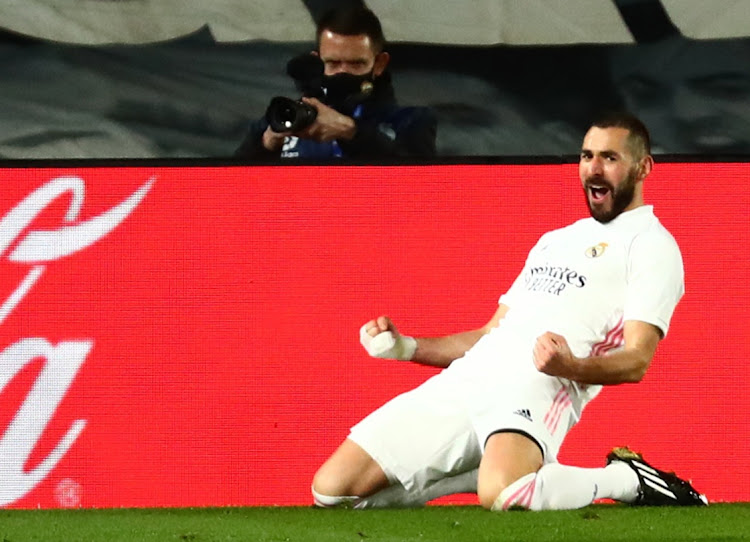 Real Madrid coach Zinedine Zidane has backed forward Karim Benzema after he was charged by French prosecutors with being complicit in a conspiracy to blackmail his former France team mate Matthieu Valbuena in a case linked to a sex tape.

Investigators alleged that Benzema, who has denied wrongdoing, encouraged Valbuena to pay blackmailers in order that the tape would not be made public.

French prosecutors announced on Thursday that Benzema will have to stand trial for his alleged role in the affair that dates back to 2015.

"I support him completely, these aren't easy situations," Zidane told a news conference ahead of Saturday's La Liga trip to Osasuna.

"I can see that he's well, that he's not thinking about that and he's focused on the job at hand here.

"It's a tough situation and I hope that for everyone's sake it can be solved soon. He's working hard, which is what he enjoys doing and he wants to make everyone happy."

Benzema has netted eight times in 15 La Liga games this season as Real look to chase down table toppers Atletico.

They sit second and two points behind their city rivals having played two games more.

Zidane, who had to temporarily self-isolate after coming into contact with someone who had tested positive for COVID-19, will travel to the Basque Country with the rest of the squad as normal after testing negative.

Right back Dani Carvajal and forward Rodrygo will miss the game, but Eden Hazard is in the squad as he continues his recovery from a hamstring problem picked up before the winter break.

France discover there is a life without Benzema

Having scored seven goals in two games without the suspended Karim Benzema, France could be forgiven for thinking the Real Madrid striker is not ...
Sport
6 years ago

The French Football Federation (FFF) has indefinitely suspended star striker Karim Benzema because of criminal charges of involvement in a sex-tape ...
Sport
6 years ago
Next Article