Abbott: CSA's new playing structure ‘can only strengthen our cricket’ 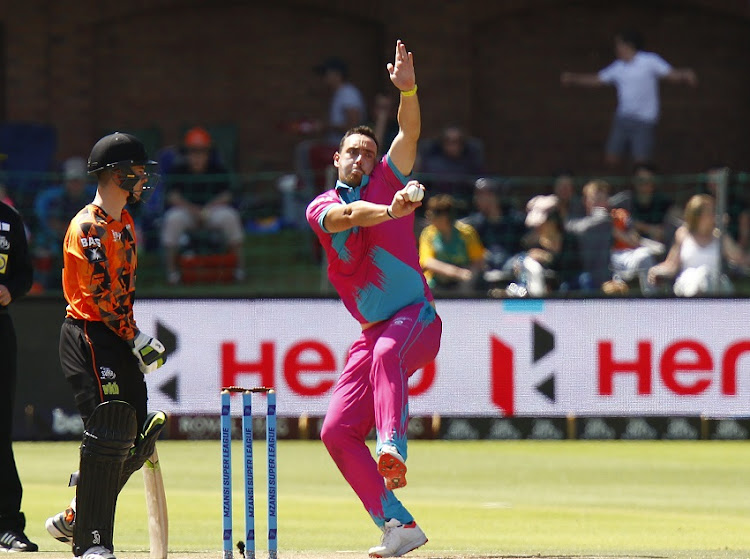 Cricket South Africa’s (CSA) new domestic playing structure is long overdue and can only help take the game in the country to new heights‚ Titans seamer Kyle Abbott has said.

The current six-team franchise structure will be dissolved and replaced by a 15-team first-class system under the new arrangement.

Abbott is contracted to English County Championship side Hampshire for the next two years but joined the Titans this week for the remainder of the season.

The English first-class system is regarded as the best in world cricket and Abbott has made his presence felt at the Ageas Bowl with 182 County Championship wickets for Hampshire at 18.63 in his three sterling years there.

Abbott‚ a stalwart of 11 Test matches‚ 28 ODIs and 21 T20s for the Proteas before his shock Kolpak move in 2017‚ said the new structure will be a boom for South African cricket.

The 33-year-old said that‚ with Kolpak players expected to return in droves from England post-Brexit‚ the new CSA playing structure will provide more playing opportunities and inject the much-needed experience into the domestic system to widen the pool from which the national selectors can pick from.

“The amount of teams that are competing every week for something can only strengthen our cricket‚” he said.

The new format will see the teams split 8/7 into Division 1 and Division 2 arrangement with automatic promotion and relegation to be implemented.

The automatic promotion and relegation system aims to provide healthy tension in the system‚ which CSA hopes will enhance a high performance environment.

The calendar for Division 1 will be similar to the current system where the eight teams will play four-day‚ one-day and the Twenty20 cricket (MSL) all in a single round.

The new structure will also provide an opportunity for clubs in Division 2 who have ambitions to move up a level and play in Division 1.

“So at any given stage you might only have two or three teams sort of out it and not playing for too much. So to have that strength and that competitiveness especially in first-class cricket I think it is excellent.

“I think it has been a long time coming. CSA actually needed to do something like this and actually put more value on results.

“I think it is long overdue for South Africa considering the amount of facilities that we have in the country from Buffalo Park to up here in Potchefstroom. We have institutes that can host good first-class cricket.”

Abott is available for the Titans for their Momentum One-Day Cup opener against defending champions the Dolphins at Senwes Park on Saturday.

All the matches will be played at the Potchefstroom venue in a bio-secure bubble environment behind closed doors at one venue to minimise the risk of transmissions.

CSA is reeling from the organisational and governance shortcomings of the past 18 months that have damaged the reputation of the organisation and Abbott said he has been paying attention to the boardroom blunders while in England.

The fast-medium chuckled when asked for his views on what has been happening at CSA.

“SA and the Proteas are still very close to my heart and I have always had an eye on what is happening here‚” he said.

“You know it is very hard to comment from the outside. As onlookers we don’ know what’s happening from inside the environment but I must admit that from what I have heard from the chatting to the guys in the past couple of days and asking how the national team is going and it seems like everyone in that environment is incredibly happy.”