Zinnbauer: ‘Pirates can come closer to Sundowns‚ and the top of the table’ 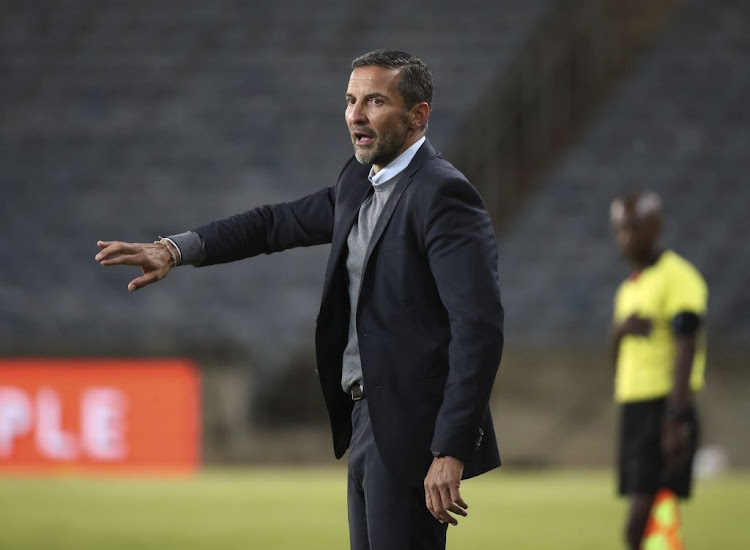 Orlando Pirates coach Josef Zinnbauer is bracing himself for a “special DStv Premiership tie” in the first round of 2020-21 season as his side line up against top-of-the-table defending champions Mamelodi Sundowns at Loftus Stadium on Saturday.

The Premiership returns from its Christmas break with a cracking match-up between two of the favourites for the title‚ and a fixture that has been known to produce fireworks.

Sundowns have won the championship in the past three seasons and some of those six league clashes in those campaigns between these two giants of SA football were exhilarating and close. Bucs have won two‚ Sundowns just one‚ while the other three‚ including the last one in the bio-bubble towards the end of last season‚ ended in goalless draws.

While Zinnbauer is yet to taste a loss against Sundowns after masterminding the 1-0 win in the first round of last season in January‚ he did accept that the Brazilians have had a the better start (five wins and three draws versus fifth-placed Bucs’ three wins and four draws) in the league this season.

“We know Sundowns possibly have some of the best players in their squad‚” said the German coach‚ who ended Bucs’ six-year trophy drought by winning the MTN8 this month.

“They have a big‚ big squad and we know it. And we also have a good squad and it’s a special game for us.

“Sundowns are on top and we are behind and‚ ja‚ we have a chance to come closer to Sundowns and come closer to the top of the table. This is important to us but we must have a good game first and a good performance.

“If we have a good performance we’ll have possibilities of winning the game.”

While Zinnbauer will miss having the injured striker Zakhele Lepasa‚ he’s happy that the player who scored the winning goal in their victory against the Brazilians in January – Gabadinho Mhango – will be available. The Malawian has recovered from injury and playing the full 90 minutes in Bucs’ 1-0 win against Sagrada Esperance in a Caf Confederation Cup first round game in Angola last week.

“‘Gaba’ [Mhango] is close to 100% and now needs the time and games‚” said Zinnbauer of the Malawian striker who scored 16 league goals for Pirates last season.

“We have so many attacking players. We have [Terrence] Dzvukamanja who can also play as a striker.

“We have a good squad but the point is we need a good player for each and every position.”

The Sundowns/Pirates match will kick off at 3.30pm on Saturday. The PSL confirmed on Wednesday that game between Maritzburg United and Bloemfontein Celtic‚ also on Saturday‚ will now kick off at 5.30pm as per level 3 Covid-19 regulations announced by president Cyril Ramaphosa on Monday night.