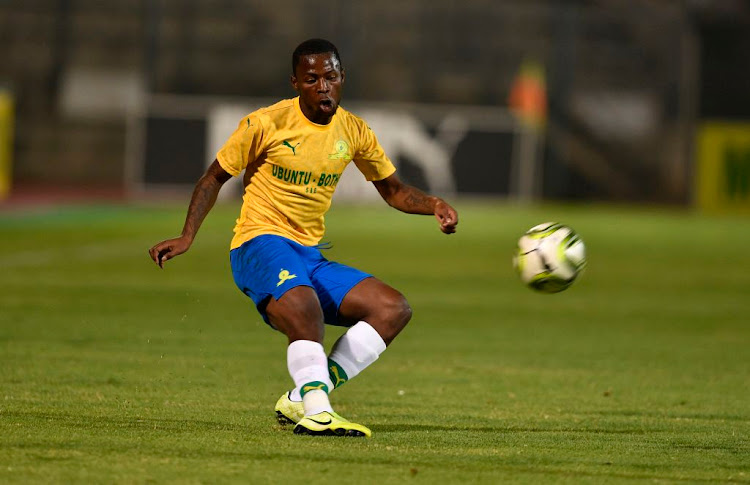 Mamelodi Sundowns have shipped out attacking midfielder Phakamani Mahlambi on loan to AmaZulu.

Mahlambi, who joined the Brazilians in August 2018 from Egyptian giants Al Ahly where he had a short stint, has failed to nail down a regular starting place at star-studded Sundowns.

The 23-year-old failed to make any appearances for Sundowns this season under co-coaches Manqoba Mngqithi, Steve Komphela and Rulani Mokwena, the coaching trio who took over from now Al Ahly mentor Pitso Mosimane.

“A deal was agreed very late on Monday and AmaZulu are expected to announce him [on Tuesday]. Sundowns have signed a lot of good attacking players who have done well so far this season and he has dropped down the pecking order.

Revamped AmaZulu face a serious examination of their ambitions this season when they travel to Pretoria to tackle champions Mamelodi Sundowns at ...
Sport
1 year ago

“Hopefully this move will help him resurrect his career because he hasn’t played much football since he returned from Egypt,” said an insider close to the developments.

Since he broke into the Bidvest Wits senior team about five years ago, Mahlambi’s career has been hampered by consistent reports of ill-discipline off the field and an assortment of injuries.

In other transfer news at Chloorkop, defender Nyiko Mobbie and Luvuyo Phewa have also been sent on loan to Chippa United to get game time as competition for places at Chloorkop is fierce.

Feutmba agrees it's time for Downs' veterans to leave

Mamelodi Sundowns coach Pitso Mosimane is strengthening his squad as part of his plan to qualify for the 2021 Fifa Club World Cup in China.
Sport
1 year ago

By beating leaders Kaizer Chiefs 1-0 at Orlando Stadium last night, Mamelodi Sundowns have put themselves in a favourable position to pip Amakhosi to ...
Sport
1 year ago
Next Article