Feutmba agrees it's time for Downs' veterans to leave 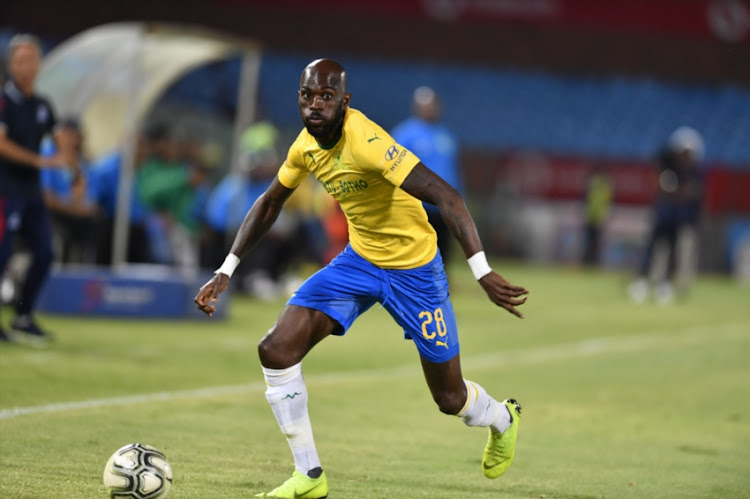 The names of Antony Laffor, Phakamani Mahlambi, Tiyani Mabunda and even new recruit George Maluleka are top on the list of players who are understood to be on their way out of Mamelodi Sundowns.

Following their shock 0-1 defeat to Bloemfontein Celtic in the MTN8 quarterfinals at the weekend, Sundowns co-coach Manqoba Mngqithi reiterated their aim to trim their squad, having recently made almost a dozen of signings.

The arrival of marquee players such as Kermit Erasmus, Grant Margeman, Peter Shalulile and Aubrey Modiba among many others has cast doubts on the future of fringe players at the Tshwane side.

Speculation indicates the 35-year-old Laffor, Mahlambi alongside Mabunda, who is three years younger than Laffor, will be sacrificed to clear more space for the newcomers.

More players are expected to head for the exit door at Mamelodi Sundowns after co-coach Manqoba Mngqithi warned that they would continue to wield the ...
Sport
5 months ago

Downs great Roger Feutmba has supported the technical team’s intent to let go of some players in line with having a manageable squad. The retired attacking midfielder even thinks the departure of Laffor and other aging players won’t be a big deal as the Brazilians have a lot of promising stars.

“Having about 40 players is a hard way to do things. If you buy more players you must let some go on loan. I like Laffor, he’s a good person, we always chat, but I don’t think him leaving will be a problem,’’ Feutmba told Sowetan yesterday.

“In fact, all those players [the likes of Laffor, Mabunda and Mahlambi] can go and be replaced. Some of these players have won it all and the club must look to the younger ones. It’s not possible to work with 40 players … it can confuse players.’’

It’s also widely believed that Maluleka isn’t in the plans of the new technical panel as he’s said to have been signed by previous coach Pitso Mosimane. However, his agent Sean Roberts has dismissed those reports. ''Mido", as Maluleke is known to his peers, was an unused sub against Celtic.

“It’s not true [that Maluleka, 31, is about to be shipped out]. He’s very happy at Sundowns. Everything has been a pleasure for him there. He’s looking forward to make his debut soon,’’ said Roberts.

Meanwhile, Mahlambi’s stay at Downs has been marred by his wayward behaviour off the field, having been arrested for allegedly driving under the influence of alcohol on a number of occasions in the past.

The 23-year-old forward has scored just seven goals from 44 games, since joining from Al Ahly in August 2018.

Downs coach sees loss as a wake up call.
Sport
5 months ago
Next Article