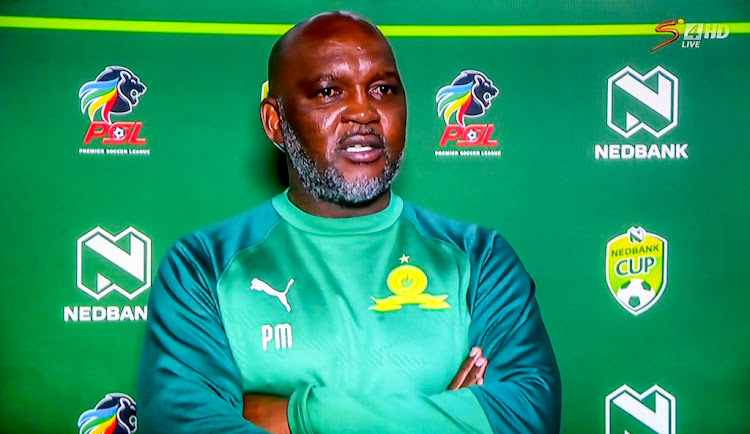 Mamelodi Sundowns coach Pitso Mosimane is strengthening his squad as part of his plan to qualify for the 2021 Fifa Club World Cup in China.

The Club World Cup has been extended to 24 teams by governing body Fifa and where the two finalists from Caf and the winner of a play-off between the semi-finalists will qualify.

The Brazilians were knocked out in the quarter-final stage of the Champions League this season when they lost 3-1 on aggregate to Al Ahly but Mosimane wants the Brazilians to be among the three teams to qualify.

“We put the team in the Champions League again this year and now we must fight to be in the Fifa Club World Cup next year because there are three spots available for African teams‚” said Mosimane mthis week as Sundowns prepared to take on Bloemfontein Celtic in the Nedbank Cup final at Orlando Stadium on Saturday.

“We are hoping that we make the semi-finals or the final during the coming season.

Probably that is one of the reasons we are really strengthening the team‚ a lot of people will say why we are signing so many players.

“We need ammunition and numbers because I know about landing from Morocco on Monday and playing in Thohoyandou on Wednesday and leaving the next day.

We can’t operate with a team where when Themba Zwane or Gaston Sirino are injured or suspended we are huffing and puffing.”

Sundowns have so far confirmed the signings of Jody February‚ Grant Margeman‚ George Maluleka and Lesedi Kapinga and it is believed that Ricardo Goss‚ Gift Motupa‚ Haashim Domingo have been snapped from Bidvest Wits.

“We also deserve a chance to sign players because everybody has been signing‚ give us a chance.

Let’s also sign because we only signed two players last year and the myth and the perception is that we are signing a lot of players.

We don’t sign because we have to sign and there is no overhaul because you must be careful. Guys that are here have been winning titles and they are senior and important players‚ so we are not rocking the boat here.

“All we are doing is that we have to find enough for a few years because we struggled a little bit this year with injuries.

It is also important to build the team under a successful team‚ we have a successful team. Look at our history guys‚ it’s the tenth‚ the fifth in the last seven years‚ Champions League final and semi-final and the Club World Cup‚ this is huge.

We have been putting more than 50 games a year with travelling and all that‚ you have to consider all those things that have been happening.

I mean seven years qualifying for the Champions League‚ that’s huge and you have to understand that the mileage is getting higher and higher.

We also have to accept that the average age of the group was not very good and convincing.”

Mosimane said the time has arrived to usher in a new generation of players. “By the way‚ players like Katlego Mphela‚ Esrom Nyandoro‚ Elias Pelembe‚ Teko Modise‚ Alje Schut‚ and Surprise Moriri left and you always have to have a succession plan.