Vladislav Heric hopes to go one better than Ajax 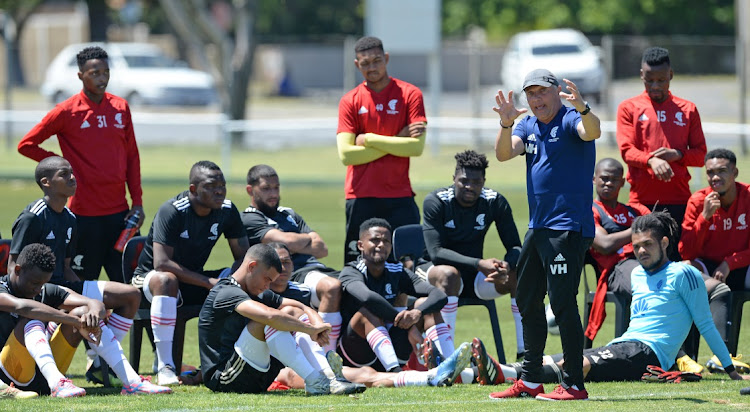 From the word go, Cape Town Spurs coach Vladislav Heric has made it clear he’s targeting promotion  to the DStv Premiership.

Spurs were previously known as Ajax Cape Town until Dutch giants Ajax Amsterdam cut ties with them in September. The Cape club, who were pipped to automatic promotion from the GladAfrica Championship by Swallows at the last hurdle last season, begin their bid to finally return to the top flight by hosting another former Premiership side, Polokwane City, at Cape Town Stadium today (3.30pm).

Heric is no stranger to the second tier, having coached clubs like Ubuntu, Royal Eagles, Tshakhuma Tsha Madzivhandila (TTM) and Chippa United, who he led to promotion in 2011. The 54-year-old Serb now aims to inspire Spurs to glory. “We’re definitely looking for promotion. Our mandate is to promote the team to Premier Soccer League,’’ said Heric during a virtual media conference arranged by the PSL yesterday.

The well-travelled trainer expects an emotion-filled affair when they take on Rise and Shine. Polokwane were relegated to the second tier after finishing bottom of last season’s elite league table.

“The first game is always difficult to play when you start the league. There’s a lot of anxiousness and excitement. Obviously with the young team we have, we definitely won’t have it easy but I still believe in my players because they work very hard,’’ said Heric.

Heric also dismissed rumours that last season’s GladAfrica Championship top scorer Abednego Mosiatlhaga was pushing for a move to the Premiership. The 26-year-old forward won last season’s Golden Boot after scoring 18 goals, attracting interest from a host of elite league clubs, with TTM and SuperSport United believed to be his main admirers.

“Abednego is staying at the club. The only thing is that he is still injured. We are assessing his situation. As soon as he heals, he’ll be back in the team,’’ said Heric.

Free State Stars are determined to win the GladAfrica Championship 2020-21 season in honour of their late chairman Mike Mokoena.
Sport
1 year ago