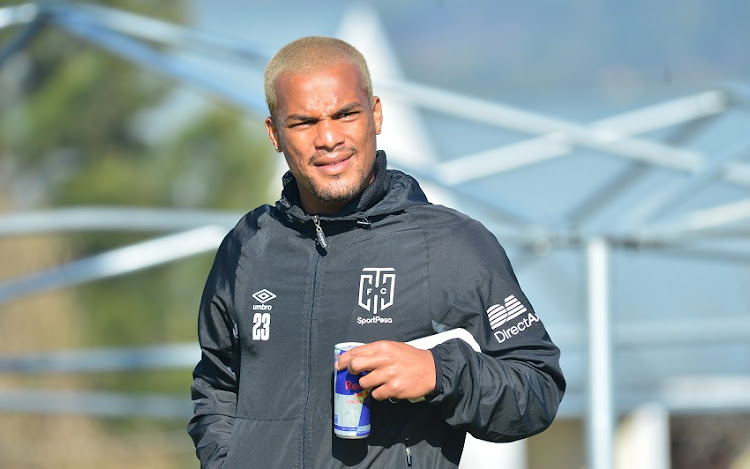 South Africa Under-23 forward Fagrie Lakay hopes that fortune will be on their side ahead of Tuesday’s second game against Saudi Arabia in Jeddah.

David Notoane’s charges lost the first game 3-2 after conceding a late goal‚ but Lakay had scored an 88th minute equaliser to give the team a fighting chance. Zakhele Lepasa scored the first goal.

Lakay‚ who plays for Cape Town City and had the dubious distinction of being the first player to be sent off this season in a game against against Orlando Pirates in the MTN8 quarterfinal last month‚ said the first game’s result wasn’t a fair reflection of the game.

“The 3-2 wasn’t a fair reflection of the game. I thought we should have won the game. We don’t want to leave with two losses. We’ve already got one loss‚ but we’ve put that past us. We’ve already worked with the coach‚ worked on our strengths and weaknesses‚” Lakay said.

“I think we are well prepared for the second game and we’d like go all out for the win.”

Lakay‚ who felt he put in a very good shift in the first game‚ said the Saudi Arabians are a very good team‚ but also knows he has to keep up his performances to stay in the team.

“Saudi Arabia are a very good team and they play good football. It was a good game overall and for me‚ it was good to be back playing and representing the national team. There are a lot of youngsters who would have loved to be here‚ but I’m grateful to be here and I’m going to take the opportunity with both hands‚” Lakay said.