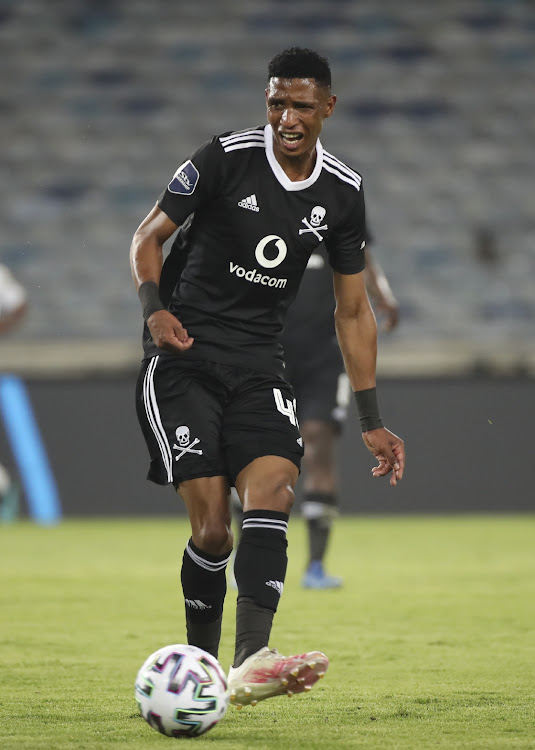 Orlando Pirates ace Vincent Pule has chalked up his recent rich vein of form to the arrival of new players at the Buccaneers.

The 28-year-old Pule has been one of Pirates’ influential players thus far, playing a telling role in the club reaching the MTN8 final, where they will meet Bloemfontein Celtic away on December 12.

Before the start of the current campaign, the Buccaneers bolstered their already balanced squad with more quality, bringing in the likes of Bafana Bafana skipper Thulani Hlatshwayo, Namibian international Deon Hotto and versatile forward Terrence Dzvukamanja among many others.

Pule feels the arrival of such quality playing personnel has improved his game tremendously. Pule has featured in six games across the Dstv Premiership and the MTN8, netting once in the process.

“The new signings pushed us a bit. They came in and added value to the team. It’s been amazing to have them at the team and they truly have brought about a positive vibe in the team. I really feel their presence improved my game,’’ says Pule.

Orlando Pirates coach Josef Zinnbauer has dropped a hint that new signing Jean-Marc Makusu will have to prove himself first before being given a ...
Sport
5 months ago

The former Bidvest Wits left-winger is hell bent on remaining in the Bafana set-up for a while. Pule aims to stay consistent to be always in Bafana’s good books.

Pule is optimistic they are the class that will end Pirates’ six-year trophy drought. The lad from QwaQwa in the Free State also revealed the kind of man their coach, Josef Zinnbauer, is.

“We have a very good team. We’ve been doing well. I think we just have to maintain the level of focus and anything is possible,’’ says Pule.

“He [Zinnbauer] is a coach who wants hard work more than talent because you can have all the talent but if you don’t work hard you can’t win anything. He wants hard workers, the mentality has to be right. That’s what he’s changed.’’