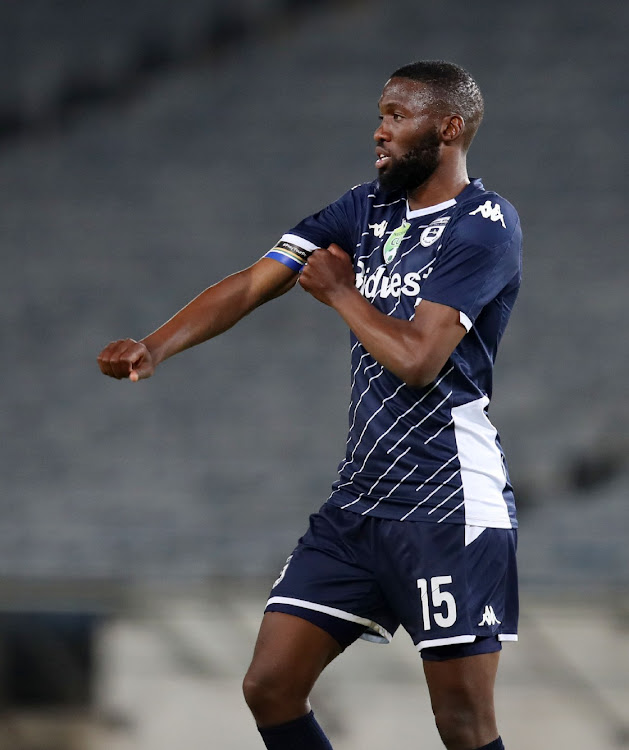 Buhle Mkhwanazi finds himself in limbo after Bidvest Wits were sold to TTM of Limpopo.
Image: Muzi Ntombela/Gallo Images/BackpagePix

Mkhwanazi was still contracted to Bidvest Wits when the university outfit sold their status to TTM at the end of the previous campaign. The towering centre-back has not received his clearance, hence he should be with the Venda club.

Even so, Mkhwanazi is still kicking his heels in Johannesburg, insisting he won’t join TTM until the Venda side’s chairperson, Masala Mulaudzi, irons out certain issues with him.

“I am still contracted with the team that bought Wits. I haven’t been part of the squad for their reasons, which are known by the president of the club. It all depends on the club’s [TTM’s] owner,” Mkhwanazi told Sowetan.

“The club owner is the one who can tell when a player can come and be with the team, but again depending on a few certain things in terms of contracts and agreements.”

Sowetan understands the source of this standoff between Mkhwanazi and TTM is that the club wants to slash the salary he was getting at Wits and the 30-year-old is not willing to take any pay cut. Without giving much away, Mkhwanazi hinted that the deadlock stemmed from a salary disagreement.

“In football there’s no way you can say a salary is a problem. You can’t say that, to be honest. Whoever is the owner knows… if Wits was paying me [a particular amount] it means it wasn’t too much. I believe even at TTM it  should be the same thing,’’ said Mkhwanazi.

Molangoane in tight corner as he wrestles with TTM over deal

Joseph, Manyisa leaving without kicking a ball
Sport
1 year ago

“If you buy a team, you obviously know that if Wits was giving me R10, it means TTM can give me R10. I am left with one year [from the Wits contract]. I am in Johannesburg. But in football you can’t really predict the future because the next morning you can wake up somewhere else. They said to me they’ll tell me when to come to training but we must agree on certain issues first. So everything is in their hands.”

Giving the club’s version of the story, TTM CEO Sello Chokoe indicated they told Mkhwanazi what to do if he wants to be part of the team and the defender shunned their directives.

“I am shocked that Buhle is confused because all the issues were addressed. He never asked to leave, we’re still waiting for him. We told him what to do. It’s disappointing that he hasn’t joined the team. It’s been a long time now,’’ said Chokoe.

“Where has he been throughout? If he wanted to leave, he should have left. He was trying somewhere else and failed…now he wants to come back? For Buhle to just sit and do nothing is really shocking. It’s all up to him where he wants to play.’’