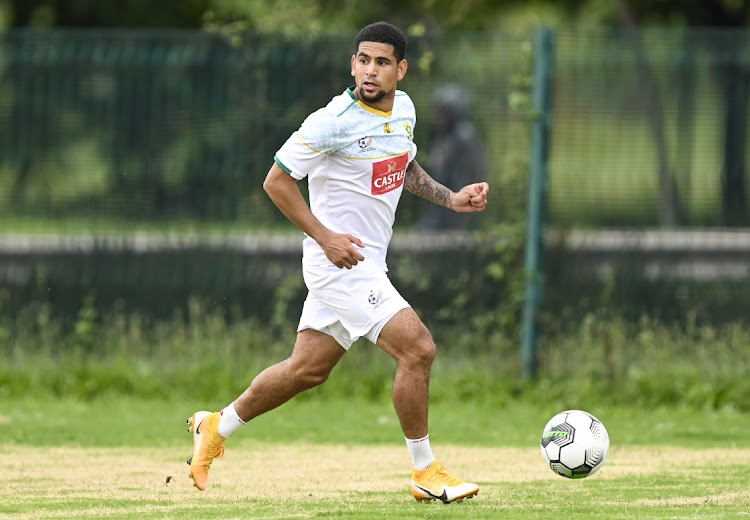 Bafana Bafana midfielder Keagan Dolly says he is confident that he will have a good season with his French League 1 side Montpellier.

The 27-year-old was limited to just 10 first-team appearances in the past two seasons after fracturing his leg and suffering several niggling hamstring and ankle injuries.

He looks to have put that behind him this campaign as he has featured in six of Montpellier’s 10 league matches so far, and he is looking forward to continuing with that perfect start this campaign.

“It is not a secret that I haven’t been playing as much. I have been suffering from injuries, but I think that’s in the past now,” Dolly told the media in Durban.

“I had a good pre-season for nine weeks. I think that helped me a lot, it gave me confidence and scoring in the last camp as well against Zambia [for Bafana]. It helped me go back to my team.

“Getting few minutes that I’m getting at my team, it’s helping me because now I can get more call-ups to the national team and just come here with confidence and do my best to help the team and represent the nation well.”

Itumeleng Khune has responded to critics who questioned his inclusion in the Bafana Bafana squad to face Sao Tome and Principe in the Africa Cup of ...
Sport
1 year ago

Following Bafana's 1-2 defeat to Zambia and a 1-1 draw against Namibia in the two back-to-back friendly matches, the ex-Mamelodi Sundowns midfielder promised that they would be better this time.

“We were playing at home [against Namibia and Zambia], and we had a couple of new players in the team where it was their first camp. But that’s not an excuse. I feel like a few players were still a bit unfit because the season here in SA just ended,” Dolly said.

“Hopefully, now with the three weeks where we went back to our teams, we got back to our full fitness, and now we can focus on the games and try to do better.”

Dolly also admitted that they used to take smaller nations too light in the past, but they have learned from that mistake.

“For us, we try to learn from our mistakes, and now it is just for us to focus on what we can do best and listen to the coach and try to work as a team.”