'Every coach goes through a rough patch'

Jordaan comes to Ntseki's defence, compares him to Pitso Mosimane 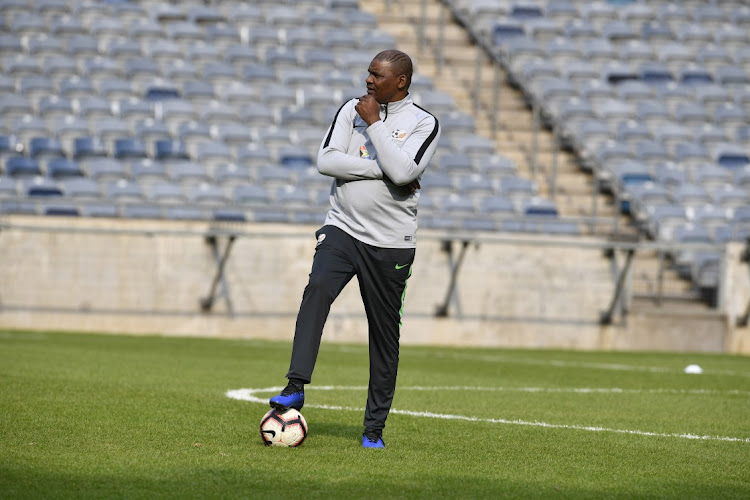 Bafana Bafana coach Molefi Ntseki is going nowhere, according to SA Football Association president Danny Jordaan. Despite Bafana’s poor showing during their Fifa international friendlies against Namibia and Zambia in Rustenburg two weeks ago, Jordaan pleaded that the national coach be given a chance, and even compared him to the country's best coach Pitso Mosimane.

Ntseki was rebuked after Bafana's latest camp took his record to two losses from his five matches in charge, with only two wins against Mali and Sudan.

The poor showing in the North West raised concerns as to whether Bafana can qualify for the Cameroon 2022 Africa Cup of Nations finals. Bafana will lock horns with minnows Sao Tome in must-win back-to-back qualifiers next month.

But Jordaan has faith in Ntseki and believes that he will beat Sao Tome home and away. “Well, I think that it’s the life of coaches in this country. We’ve seen all coaches go through a rough patch and the same thing happened to our best coach Pitso Mosimane. We gave Mosimane a chance to prove himself with Bafana, and we must do the same thing for Ntseki,” said Jordaan.

Molefi Ntseki has his back against the wall and his growing list of critics are starting to question whether the increasingly pressured Bafana Bafana ...
Sport
1 year ago

Jordaan said he protected Mosimane many times when the fans were not happy with him, but today he is on the verge of helping Egyptian giants Al Ahly to the CAF Champions League final.

Ahly beat Wydad Casablanca 2-0 in the semifinal first leg in Morocco last week. “Today, Pitso is celebrated as a national hero. Let us give coach Ntseki space and time to beat Sao Tome home and away and qualify for the Afcon finals, and then the fans will be happy again.

"Ntseki is quite aware of the relationship between fans and coaches. I believe in him and know that he will help Bafana to qualify for the Cameroon tournament,” explained Jordaan.

“When I noticed the incident, I gave instructions for them to take the jackets off.  We have a new sponsor, and we must be consistent in terms of branding,” added Jordaan.