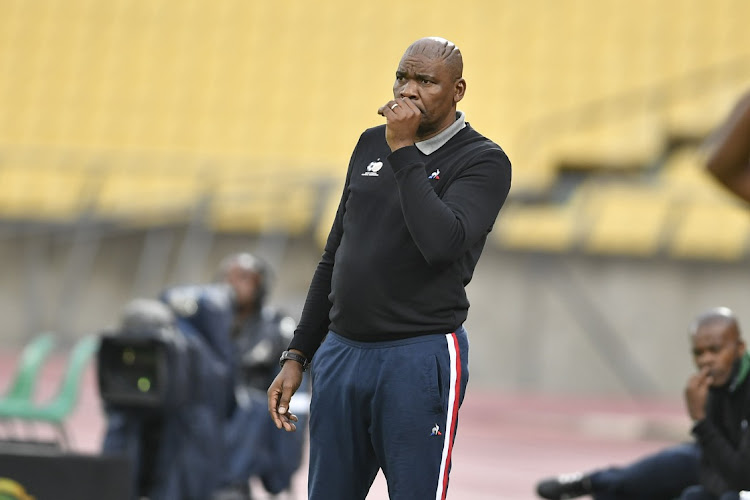 Bafana Bafana coach Molefi Ntseki is banking on the game time that the national team players will receive from their  PSL teams when the DStv Premiership 2020-21 season kicks off next week.

By the time Bafana host Sao Tome and Principe for the 2021 Cameroon Africa Cup of Nations qualifiers, the PSL would have played three rounds of matches.

It was evident that the players suffered from a lack of game time when they drew 1-1 with Namibia and suffered a 2-1 defeat against Zambia during Bafana’s Fifa international friendly games at Royal Bafokeng Sports Palace in Rustenburg.

Bafana play Sao Tome in must-win back-to-back qualifiers during the Fifa International break on November 13 at the FNB Stadium and three days later in Sao Tome.

Molefi Ntseki has his back against the wall and his growing list of critics are starting to question whether the increasingly pressured Bafana Bafana ...
Sport
11 months ago

The two friendlies against the southern African neighbours provided Ntseki with too many unanswered questions but he hopes that his players will get the much-needed game time when they return to their respective teams.

“In terms of performance, we are not happy with ourselves, but there are many factors that contributed to this type of performance. We lost a striker in the first minute of the game and it became a setback because we had to change our tactics. Our players are also not at the level where they can play for 90 minutes,” Ntseki said.

The coach said his team gave the ball away cheaply and that is something that he needs to address ahead of the qualifying matches.

“We must be a better team physically in the next match. Locally, the PSL is starting next week and coaches and trainers will prepare the players so that we can benefit from the physical side of preparations. We will be ready to compete and win the two matches,” added Ntseki.

Bafana star Percy Tau was disappointed with the Zambia defeat but optimistic about the two matches against Sao Tome. “ We have to be better in the next match. We wanted to win and feel sad, but there’s hope going into the qualifiers,” said Tau.