Retired striker has had no hard time landing coaching gigs 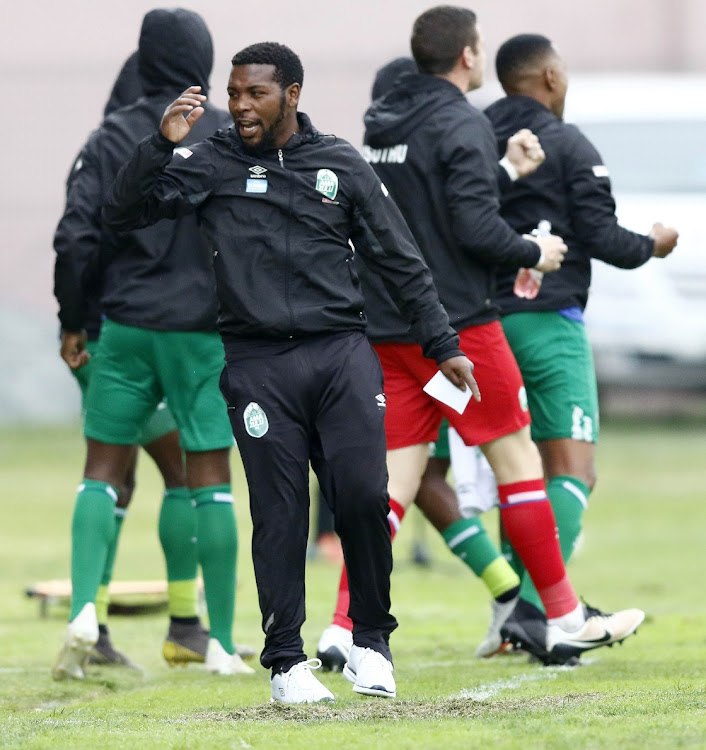 Khenyeza’s latest fascinating step in coaching has seen him being roped in by Golden Arrows to be Mandla Ncikazi's second in command.

While the club’s chairperson, Mato Madlala, couldn't be reached to elaborate on Khenyeza’s arrival, as she never answered her phone, Arrows took to Twitter to confirm the former striker had joined the club to lend a hand in training the senior side, hinting he’d double-up as the reserve side’s mentor as well.

“The Lion is back! We can confirm that Mabhuti Khenyeza is back at the club. He will be assisting with the coaching of the first team as well as working closely with the Diski boys,'' said the Arrows tweet yesterday.

Khenyeza’s appointment follows the departure of head coach Steve Komphela, who  joined Mamelodi Sundowns as a “senior coach” on Monday. Having been assisting Komphela, Ncikazi will now ascend to the head coaching role, with Khenyeza helping him.

Abafana Bes’thende are yet to confirm that Ncikazi is the new main coach, but an informant close to the club disclosed this to Sowetan yesterday. “Coach Mandla is the new head coach, sis Mato trusts him,’’ said the source.

AmaZulu and their former assistant coach Mabhuti Khenyeza have smoked the peace pipe.
Sport
2 years ago

Khenyeza, who garnered over 100 top-flight appearances during his first spell at Arrows between 2002 and 2007, was lured back to the club from TS Galaxy, where he’d been demoted to be a standby MultiChoice Diski Challenge coach after the return of Dan Malesela last month.

Since his first coaching gig, a short-lived spell as Muhsin Ertugral’s assistant at Maritzburg United in January last year, Khenyeza has always found it easy to get new jobs.

His three-week stay with Ertugral at the Team of Choice was followed by a return to AmaZulu, where he’d retired hurriedly to take up the Maritzburg job, just a day after parting ways with Maritzburg.

As if AmaZulu weren’t disappointed by his unceremonious retirement, in February the 37-year-old pulled another stunt on Usuthu, resigning on the club’s WhatsApp group to join Galaxy as a head coach.

Meanwhile, Orlando Pirates yesterday confirmed defenders Mthokozisi Dube and Gladwin Shitolo will spend the entire impending season at Abafana Bes'thende, with the former having already been with the Durban club in the past term on similar basis.

The Buccaneers also disclosed centre-back Justice Chabalala will remain on loan at Bloemfontein Celtic for another season.