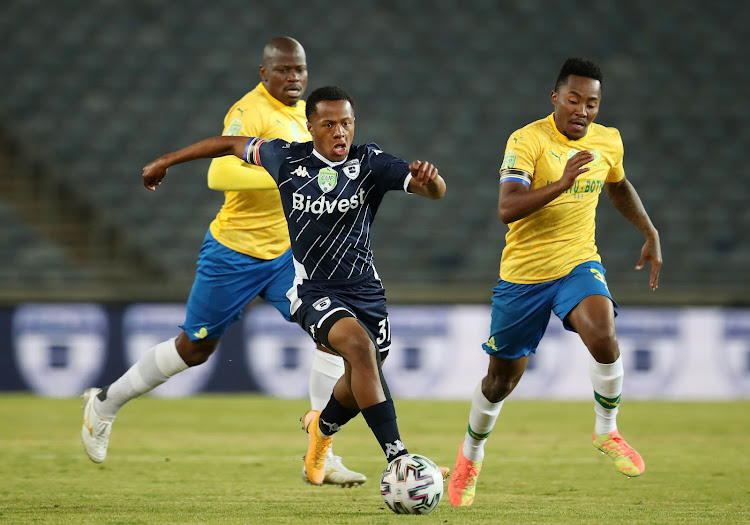 Hunt predicted Human‚ who held his own and had some bright moments against a classy Sundowns in the context of a game understandably sluggish and mistake-ridden after five months of inactivity for both teams‚ will be “a superstar”.

Wits’ coach kept to his word of fielding some of his young promoted players‚ with Human‚ who has already featured for Wits in 2019-20‚ coming on at the break for Kgaogelo Sekgota. Hunt said more are guaranteed game time in the coming month’s return to play action in the Gauteng bio-bubble.

Hunt has promoted eight more young players from Wits’ Multichoice Diski Challenge reserve team for the remainder of the Premier Soccer League season‚ and by the evidence of the injury-ravaged opening two games in Saturday’s semifinals of the return to play‚ he is going to need them.

He said his plan had been to start 19-year-old Solly Khunyedi‚ but the left winger had missed trainings needing testing having come in contact with someone positive with Covid-19 last week.

“As the fixtures get finished you will see more and more [of Wits’ promoted players]‚” Hunt said in his online post-match interview.

“I wanted to start Solly but with his Covid testing I never trained him the whole week. I trained him this morning‚ and he looked a bit rusty.

“He’s been unbelievable in training the last three weeks. He’s been scoring goals‚ he’s certainly been a shining light for me. And I didn’t start him because of the Covid testing‚ and our doctor being positive.

“And I mean we don’t have the biggest squad so we had to realign a bit and change it a bit. We had to play Deon Hotto out of position [on the right]. Elias Pelembe hasn’t come back and Sameehg Doutie was suspended so we didn’t have anyone on the right-hand side.

“And then I put the kid [Human] in and he was a revelation.

“But I’ve got him for the next two‚ three weeks‚ and that’ll be the last time I’ll see him. So I’m disappointed about that.”

Wits' PSL franchise has been sold to Tshakhuma Tsha Madzivhandila and they will be relocated to Limpopo next season.

Clever Boys COO Jonathon Schloss said he could not comment on whether Wits' team doctor has tested positive for Covid-19 due to privacy concerns.

Wits‚ in sixth place in the Absa Premiership‚ meet leaders Kaizer Chiefs at Orlando Stadium on Wednesday evening in a crucial fixture in the league title race.