Life in the shadow of the coronavirus: Celtic and Baroka get first taste of the new normal 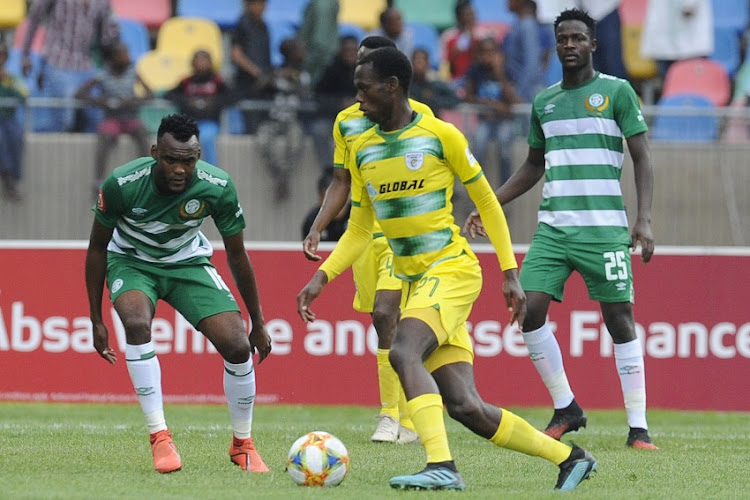 Local fans are excitedly counting down the hours until the restart of local football and action resumes with a Nedbank Cup semifinal double-header that will be played in front of an empty Orlando Stadium on Saturday.

Bloemfontein Celtic and Baroka FC will be greeted by empty seats when they face off in the first semifinal at 2pm while Sundowns and BidVest will get their first taste of life under the shadow of Covid-19 in the second match later in the day.

It's been almost five months since the players kicked a ball in anger in an official outing and Celtic coach John Maduka expects the match to be played at a slower pace than usual due the effects of such a long period of inactivity.

Maduka said Celtic did not play any friendly matches in the build up to Saturday's encounter and this means his players will have to adapt very quickly to the new challenges presented by the coronavirus.

“In Europe you will have seen that most of the teams started slowly and we expect the same thing to happen with us‚” he said Maduka.

“Games won’t be fast like they were before the break [in March] because it has been a long time without playing football. We have never been through this situation before but it will improve as more matches [are played].

"The other problem we are facing is that we had to wait for a long time to get permission to resume training and when we finally resumed training we did not know when we were going to be allowed to play.

“That situation made things difficult for us as we prepared the team because we were worried we might overload players. We did not know when the games were going to continue. We had to make sure that we took a gradual approach at training and it was not easy.”

He admitted that the players remain a closed book and he does not know how they are going to react to the match situation when the referee signals the start of the game.

“It is going to be a very tricky game because we haven’t played any friendly matches‚ and we will only see the way the players cope [with the challenges] during the encounter itself‚" he said.

"What we have been doing at training was to play match practice‚ but this is between people who know each other very well. It’s not like a friendly match against outsiders who present different and unknown challenges.

“We will have to adapt and adjust on the day and make sure that we are cautions on our plans. It’s a tricky game but we are all in the same situation and the five subs will help those that are tired after starting the game.”