Wits' Monare prepares to take on close friend Jali: 'we can’t avoid each other on the field' 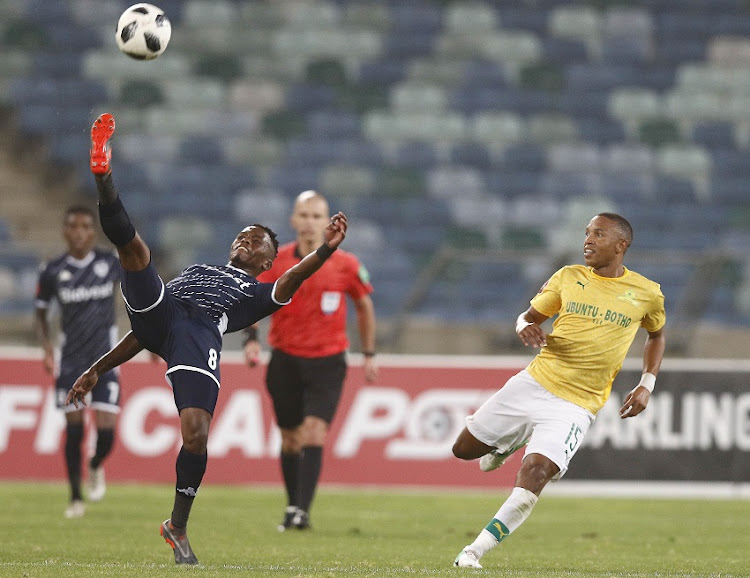 Mamelodi Sundowns ace Andile Jali and BidVest Wits' Thabang Monare will set aside their friendship when the two teams meet in the semifinals of the Nedbank Cup at Orlando Stadium on Saturday.

The two players are close friends off the pitch but this relationship will have to pause when the showdown that also marks the return of professional football after months of coronavirus-enforced inactivity gets underway this weekend.

“Yes‚ we are very close friends and our rivalry on the field is healthy‚" said Monare as Wits prepare for a game that is part of a semifinal double-header at Orlando Stadium.

Fans can look forward to an interesting contest between the two players if they are both selected as Monare does not intend to pull out of any challenges should he run into his good friend in the middle of the park.

“Because of the position we play‚ we can’t avoid each other on the field‚" he said.

"If there is a 50/50 situation during the match‚ I will go in to win the ball. That’s the way it is because we are competing for our teams.

"Last time he called me out on social media and it got the attention of football fans.

“It was the first time he took our little personal attacks on WhatsApp to the public. We always chatted on our WhatsApp group and includes other good friends Aubrey Ngoma and Lehlohonolo Majoro.

"It is a funny group and before matches they will be telling us how they are going to smash us and we will be doing the same.”

The tension is clearly building ahead of the eager-awaited encounter as Monare revealed that they have not said much about the game in their conversations.

“We haven’t really discussed the game but deep down we do know that we will be coming again each other. There is always that talk about us whenever Sundowns plays against Wits and this time is no different‚" he said.

"I know that he (Jali) wants to win and I also want to win. I have not won against him and I am dying to beat him because he will never hear the end of it.

"It is the same with him when Sundowns has beaten us‚ he talks about it a lot to try to get to me. That is also part of the motivation and he will not hear the end of it if we win on Saturday.”

Baroka FC face Bloemfontein Celtic in the other semifinal at Orlando Stadium.

The league programme itself will resume on Tuesday with the crunch clash between Sundowns and Orlando Pirates at Dobsonville Stadium.