Farmer hungry to plough back to Baroka 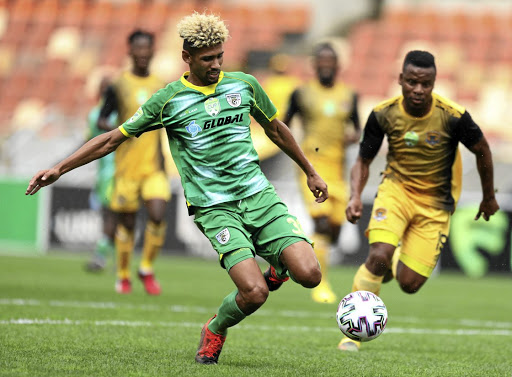 Baroka, the 2018 Telkom Knockout champions, hope to progress to what would be their second top-flight final when they battle it out with Bloemfontein Celtic in the Nedbank Cup semifinals at Orlando Stadium on Saturday (2pm).

Going into this Ke Yona battle, that'll kick off the PSL project restart after suspending the season mid-March due to the coronavirus, Baroka want to set the tone for the rest of the remaining games.

"Advancing to the final would boost our confidence. [On Saturday] it'll be our first game back and a win would make everyone associated with the team happy. A happy team wins easily," Farmer told Sowetan yesterday.

"Knowing that we are in the final would set a good tone in the league, so winning against Celtic is very important . it can define our whole season as our morale will be boosted as well."

Before the campaign was forced into an unprecedented stop, the 23-year-old Farmer had been in great form, starting all Bakgakga's last 11 games and winning a few Man of the Match accolades in the process.

"I think I'll be able to maintain the form I was in before Covid-19 happened. I am in great mental space . hungry for success, so I don't see anything disrupting me," Farmer, who came through the SuperSport United academy, said.

Having won it twice with SuperSport (in the 2015/16 and 16/17 seasons), Farmer aims for a third Ke Yona trophy with the Limpopo club. The Baroka defender has already set his sight on playing in the CAF Confederation Cup, which is attainable via clinching the Ke Yona trophy.

"I won the Nedbank Cup two times at SuperSport, but that's in the past. I want to write a new chapter in my career by winning it with Baroka now," said the lad from Port Elizabeth in the Eastern Cape.

"My history has nothing to do with my current club. I want to play CAF Confed Cup again, so this Nedbank Cup is important in my career and for the club."