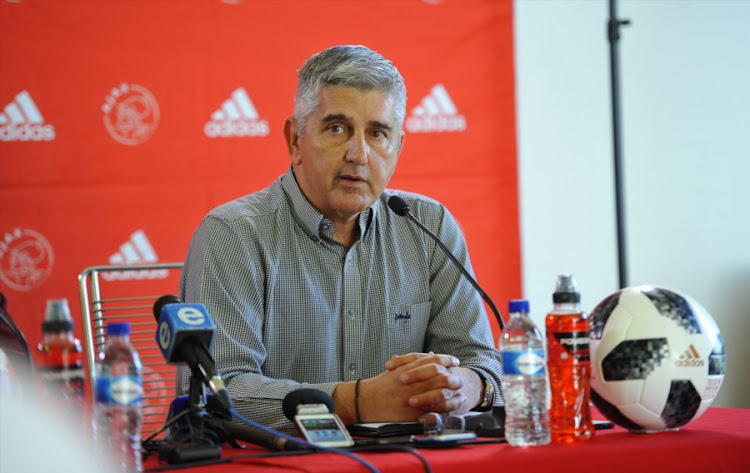 Ajax Cape Town boss Ari Efstathiou says that declaring the Premier Soccer League (PSL) and GladAfrica Championship null and void will not be fair and won’t stand up in court.

There has been a groundswell of rumours and speculative reports over the past few days that the PSL and the Gladafrica (the National First Division‚ or NFD) are likely to be declared null and void during the next Board of Governors (BoG) meeting scheduled for Monday.

When football was suspended almost five months ago‚ Ajax were leading the NFD standings by seven points over second-placed Swallows FC‚ and Efstathiou insists that the league has to be played to its conclusion.

“As long as finishing the season is possible‚ that will be the fairest‚” said Efstathiou.

“If for whatever reason we can’t finish the season‚ then there must be the next best decision and it must be about what is reasonable. I don’t believe in the issue of nullifying the league with no promotion and relegation because it is not going to gather any fair support‚ nor will it be able to stand up in court.”

Efstathiou also pointed out the fact that Ajax are leading by seven points with four out of their six remaining matches scheduled at home‚ which would have given them a significant advantage over the rest of the chasing pack in the run-in.

“If you look at us for example‚ we are leading by seven points and we have four games left out of six at home‚” he said.

“It will be fair to assume that given our good home record‚ we would probably win three of those four games or win two and draw one. If you take the situation of Swallows‚ they have to win a minimum of five games and hope that we lose and one of those games is against us.

“The possibility is there that they [Swallows] can win the league but the probability is not in their favour‚ and that is why we are saying whatever decision is going to be taken it must fair.

“I can’t see how fair it is in football is to allow a team that is at the bottom of the log and has not paid their players to survive and a team that is leading by seven points and has invested a fortune over the last three years not to get promotion.

“I don’t think that is fair and on the level of fairness we have to be reasonable. There is a level of precedent if you follow all the leagues in Europe that have gone to court‚ the courts send their matters back to the federations to find a fair solution.

“At the moment‚ stories that the league is going to be suspended are all rumours and I think we should leave it at that. It is a rumour that is being spread by a specific club that it suits them to go that route.

“We have to find the solution that is fair and I know it can never be 100 percent fair‚ but we must find the fairest solution under the circumstances to keep the integrity of the league.”