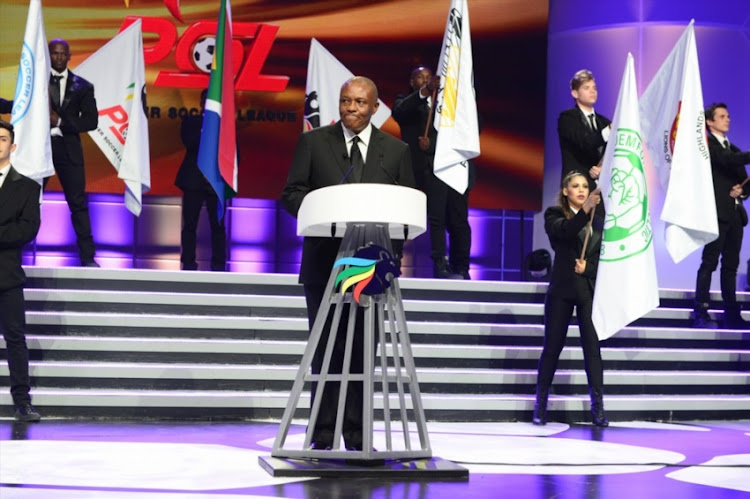 The unprecedented cancellation of the topflight and lower tier seasons will be top of the agenda when the Premier Soccer League (PSL) holds a crunch Board of Governors (BoG) meeting on Friday.

All the 32 National Soccer League (NSL) teams‚ representing the Absa premiership and the GladAfrica Championship‚ are going to discuss whether to complete their respective 2019-20 campaigns or to declare them null and void.

There are pros and cons for both arguments and it is believed that the teams are divided on what should happen‚ with Ajax Cape Town in the National First Division believed to be one of those adamant that the league must be completed.

The other consideration on the table is to finish the Premiership in a Gauteng bio-safe environment (BSE)‚ but cancelling the NFD with Ajax promoted.

Swallows‚ Uthongathi and Tshakhuma Tsha Madzivhandila (TTM)‚ currently in second to fourth positions in NFD‚ would then go to the promotion/relegation play-offs with the team that finishes second-from-bottom in the PSL.

This would mean no relegation from the NFD as the SA Football Association (Safa) is unlikely to have promoted teams from the amateur leagues because football at that level will only resume at level one of the lockdown‚ which could be next year.

If both leagues are cancelled‚ heated discussion is expected on the promotion and relegation solutions reached as a result.

One Premier Division club owner‚ who wished not to be named‚ said that while he could understand NFD clubs wanting their season to end because of the costs of playing in the bio-bubble‚ top-flight sides would still want to try to complete the season.

He added that crucial to a decision will be the feedback the PSL has received from its stakeholders in the form of the sponsors of the Nedbank Cup and Absa Premiership‚ and broadcasters SuperSport.

“I think there are mixed feelings about it‚” they said on the prospects of a cancellation of the PSL and what other top-flight owners would feel about it.

“We are all waiting for the stakeholders' feedback. There has been a delay‚ and I believe the last meeting will be held tomorrow [Thursday].

“If the stakeholders can give us the confidence about completion‚ that can decide the decision we have to make.

“If the season is null and void‚ a lot of other permutations will have to be discussed‚ such as relegation and promotion primarily.”

The club owner said the lateness of the consultations with the stakeholders and Friday's BoG meeting makes it now impossible for any compromise still be reached with Safa for a kickoff of this weekend‚ and even highly unlikely for next midweek.

Clubs face a further round of testing 48 hours before entering the BSE‚ which is set to cost between R2.5m and R3m per team.

Another official said most clubs in the NFD are completely against Ajax being promoted should the second-tier be cancelled because all the teams in the top eight still have a mathematical chance of winning the league.

“I expect sparks to fly in the meeting because most teams still have a chance of winning the league if Ajax stumbles and drop points‚” he said.

“There are also many other teams who have a chance of qualifying for the play-offs and they believe they can sneak into the PSL via the play-offs.”

The PSL had hoped for a July 18 kickoff to allow for six weeks to complete the league by August 31‚ which it says the league and its clubs cannot go past due to financial constraints.

Safa set a date of an August 1 kickoff‚ largely because its referees will not be ready before then.

A PSL club like Bidvest Wits has nine league games‚ plus a Nedbank semifinal and potentially final‚ to play‚ which seems impossible within a month.

So practicality‚ plus the views of the sponsors and broadcasters‚ will be the factors deciding the PSL decision on Friday.

Safa has also received confirmation from Fifa that the season can go past August 31‚ and the 2020-21 campaign then readjusted in accordance.