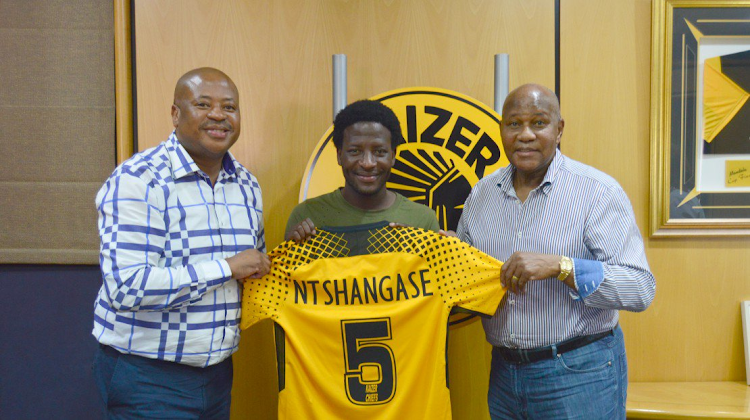 Mahlakgane said the decision by the attacking midfielder to stay on at Naturena‚ despite his limited opportunities under coach Ernst Middendorp‚ is a calculated risk that could work out for the player in the long run.

“My logic dictates that when a club extends the contract of a player‚ the technical team should have had extensive discussions about it‚” said Mahlakgane.

“They must have had long discussions about the issue as the technical team‚ so why would a team extend a contract of a player knowing that they don’t want him.

"What I know is that if things don’t go well‚ he will be a free agent but like in any other business you take a risk.

“If things go well‚ we clap hands for you but if it doesn’t go well‚ we will obviously say you should have done this or done that‚ that’s just how things work.

"I am of the opinion that fortune favours the brave and you can’t be successful if you are not willing to put in the hard work.

"If you want to be successful‚ you must throw in everything and see what happens‚ and you must be calculated and brave at the same time.”

Ntshangase has seen very little action since he arrived at Naturena from Baroka FC in Limpopo at the beginning of 2018.

Mahlakgane said he hoped that the attacking midfielder would finally get an opportunity to show what he can do.

“I am not just hoping‚ I know what Ntshangase can bring to the table‚" he said.

"It’s just a question of how often and where they use him going forward‚ or in what role. Nothing has changed from him‚ he is still the same player that they bought for R3m. He is still the same midfielder who made big change at Black Leopards.

“The answer to why Ntshangase has extended his contract is very simple‚ I know that Chiefs spent a lot of money on the boy when he joined from Baroka‚ so it would have been a fruitless exercise.

"The fact that it hasn’t work well so far is neither here nor there because his mettle hasn’t changed. When a race is run‚ kilometers don’t change‚ the only thing that changes is the time and speed. He has not changed and he is still the same player.

“I was in a similar position about four years ago with Mshishi (Themba Zwane). Sometimes I think experience is a better teacher because Mshishi was not playing after he returned on loan from Mpumalanga Aces because Sundowns had lots of midfielders.

"When his contract was up at Sundowns‚ they wanted to talk and he was the first one to come to me and said lets renew because I know am going to play there.”