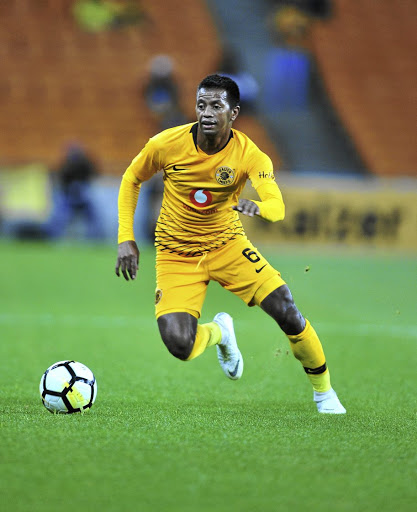 Kaizer Chiefs may have to rely on a thin squad to campaign in the Absa Premiership next season, should their appeal against an effective 18-month transfer ban imposed by Fifa fail.

Fifa has ruled that Chiefs were out of order to sign Andriamirado "Dax" Andrianarimanana from Fosa Juniors without compensating the Madagascan club in June 2018, and has barred Amakhosi from recruiting new players until June 2021 as a consequence.

The transfer embargo would mean Ernst Middendorp will have to rely on a severely depleted squad, which could be detrimental should Chiefs go on to win the Absa Premiership this season and qualify for the CAF Champions League.

Chiefs currently have a 30-man squad, excluding players on loan, but the fact that some players' contracts expire this winter could leave them in a pickle.

George Maluleka and Leo Castro are among the high-profile seniors who have yet to agree new deals.

Chiefs may have to promote youngsters from their development team, and recall others from loan to bolster a squad bound to compete on many fronts.

They may also have to convince players who've hardly been used this year, such as Siphelele Ntshangase and Joseph Molangoane, to stay on as their contracts expire in June.

Chiefs confirmed they would appeal to the Court for Arbitration in Sport (CAS), after Fifa - in a 15-page ruling seen by Sowetan - found they had "induced" Dax to terminate his contract with Fosa "without just cause" in June 2018.

Dax, now on loan at Black Leopards, contended he was under no contract with Fosa and declared himself a free agent. Fosa demanded compensation but Chiefs offered $25,000, which the Malagasy club turned down. They told Fifa they wanted ?150,000.

Fifa's players committee eventually ruled Dax could register with Chiefs, but Fosa took the matter further, leading to Chiefs and the player now compelled to compensate the club to the tune of just over R600,000. Dax and Chiefs must share the costs equally, according to the ruling.

Fifa found his contract with Fosa to be valid, despite protestations from Chiefs and the player that his signature may have been forged.

The parties must file their appeals by February 28, or compensate Fosa by March 7.

Black Leopards captain Thabo Matlaba has revealed that there was confusion at Ludoda Divha during the short-lived reign of former coach Lionel ...
Sport
2 years ago