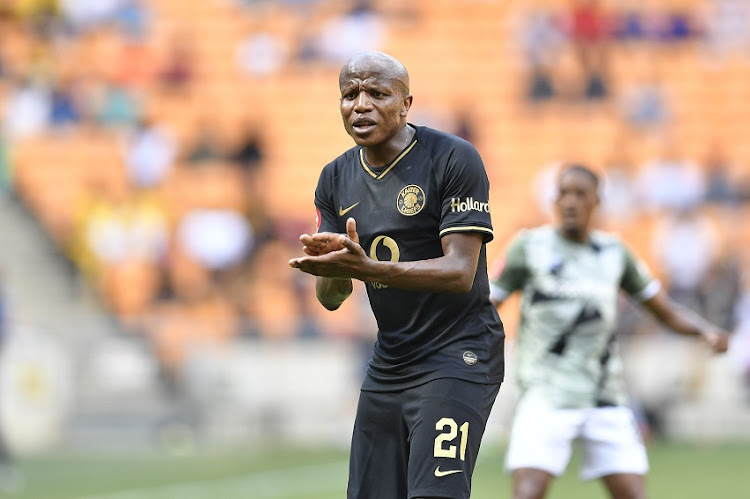 Lebogang Manyama has described the hellish conditions that led to him being continually benched despite training and playing well in his few opportunities playing a single season at Konyaspor under three different coaches.

For someone who arrived at Kaizer Chiefs in August 2018 itching to erase the memory of the energy-sapping experience of having tried but failed to convince Konyaspor he was fit for the Turkish first division‚ Manyama has done pretty well.

Manyama has rediscovered his form in 2019-20‚ mostly deployed with great success in a new central midfield role by Amakhosi coach Ernst Middendorp.

The attacking midfielder signed for Konyaspor after being named the 2016-17 Premier Soccer League Player of the Season for Cape Town City. But things did not go as planned in Turkey.

“Obviously one important part was that the coach that brought me there left very early. He left early because there they’re very quick to take decisions‚ rash decisions.

“I think the club is where they are today [Konyaspor have hovered above the relegation zone in 2019-20] because of those kind of decisions. They’re struggling because they don’t mind changing the whole staff and bringing new coaches and new players because of a few bad results.

“The coach left‚ the second coach came in with his own players and there were some players he coached before who he found at the club that were now starting to play. You know how football is – there’s always rotation if these changes come.

“As to how it didn’t work out for me‚ I don’t know. Even if you ask any Chiefs player they will tell you I’m a very competitive player at training. I don’t like even losing at training so I thought to myself‚ ‘I’m training very well’‚ way better than some of the other players who had been there for a long time.

“I trained very well‚ pushed myself and tried to get a spot. It didn’t come. I just got minutes there and there and did very well. I got a chance in a cup game‚ went on and scored two goals and created one. We won 3-0.

“I thought to myself I’ll probably get more chances and come the weekend I spent 90 minutes on the bench. Fine‚ I took it and I continued.

“Now the second coach was losing also and he had to leave‚ but the problem was that when he left it was at the time when they didn’t register me for the last part of the season.

“And the new coach comes in and he’s like‚ ‘But how were you not part of the playing squad?’ I said‚ ‘I don’t know’‚ and he said unfortunately right then there was nothing he could do. I had to accept that.

“Look‚ I accepted the situation and at the end of the season he sat down with me and said‚ ‘Look I cannot promise you anything‚ because you know how these bosses are’. He said I must come back for preseason and I said no problem.

“Three weeks into off-season now he’s also fired! I don’t know how because he saved the club from relegation.

“Now I’m sitting with the situation where I don’t know who’s going to coach and I haven’t been playing for six months.

“I was sure as hell that somebody would come there and would not even think of me. So when it was preseason time I asked my guy from Turkey to let me go.

“Ja‚ we came to a conclusion and they finally gave me my clearance and I came to Chiefs. But I didn’t come with a heavy heart. I accepted that things didn’t work out and I moved on from it. So I think that’s why I’m where I am today.”

That positive attitude is possibly what saved Manyama’s career. It has blossomed again at Chiefs‚ who were perched at the top of the Premiership table and looking to end their unprecedented barren spell being extended to five seasons when the coronavirus pandemic intervened the campaign.

Manyama had started 21 of Chiefs’ 22 league games in 2019-20 before matches were suspended on March 16‚ scoring an impressive six goals from midfield.