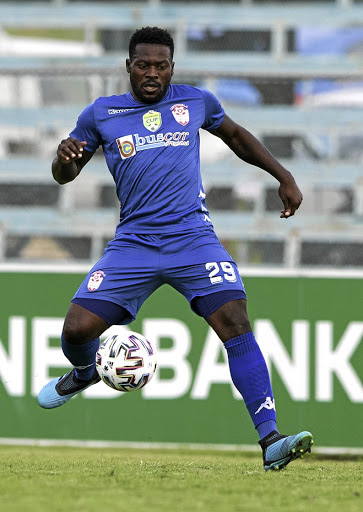 Former Kaizer Chiefs striker Kingston Nkhatha sees a lot of similarities between the club's last class to win the premiership, which he was part of in the 2014/15 campaign, and the current table-topping group.

He feels Ernst Middendorp's side has a lot in common with the Baxter team.

"The similarities between our team and the current one is the work ethic and that drive to want to excel in each match. The desire of the current Chiefs team to win is unbelievable," Nkhatha told Sowetan.

"When you watch Chiefs play this season, you can't help but remember the 2014/15 team because the approach and attitude is the same.

With Mamelodi Sundowns' Lebohang Maboe finding himself at the receiving end of vile criticism from some of the team's fans, striker Kingston Nkhatha ...
Sport
1 year ago

With a section of Kaizer Chiefs fans starting to doubt his quality amid missing a few clear-cut chances, Zambian forward Lazarous Kambole remains ...
Sport
2 years ago

"I think they have what it takes to maintain their top spot until the end... when the league resumes."

"Mobility and the support from the likes of Leonardo Castro and Lebogang Manyama make Nurkovic unstoppable.

"I am positive he will win the top scorer award," said the Zimbabwean centre-forward, who scored seven goals from 28 league games in his first season (2012/13) at Chiefs.

"It's rare to excel during your first season at a club as huge as Chiefs, but Nurkovic has adapted quickly. I think what works for him is his physique and tactical discipline."

Nkhatha is currently plying his trade in the GladAfrica Championship with Mbombela United. The ex-Chiefs and SuperSport United striker has scored just two goals from as many games this season.