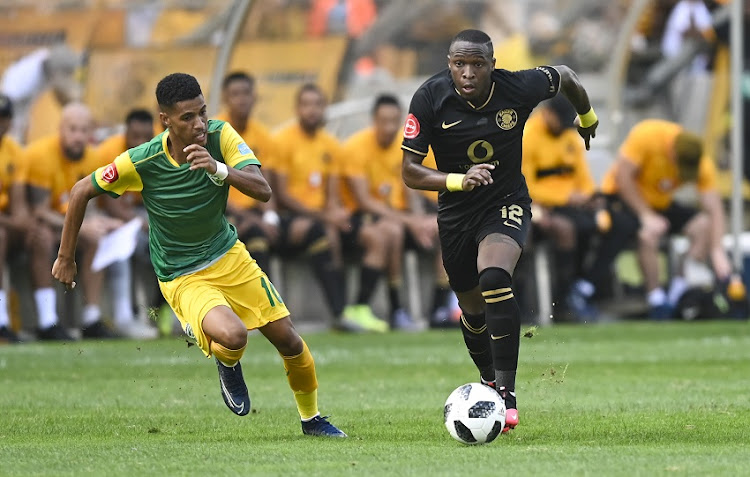 Injuries have been a big stumbling block when the Bafana Bafana technical team wanted to select Kaizer Chiefs midfielder George Maluleka in recent years‚ coach Molefi Ntseki said on Thursday after including the player in his latest squad.

Bafana take on Sao Tome and Principe in their third and fourth 2021 Afcon qualifiers‚ starting with the first leg at the FNB Stadium on March 27 before the second leg in the tiny island nation on Tuesday‚ March 31.

Bafana lost 2-0 to Ghana in Cape Coast in their opening match and beat Sudan 1-0 in Johannesburg towards the end of last year Ntseki’s first two official matches after taking over from Stuart Baxter in September.

Ntseki this week named Chiefs’ midfielder Maluleka in his squad for the crucial two matches just a day after Amakhosi disclosed that the 31-year-old has signed a pre-contract with Mamelodi Sundowns after failing to agree new terms at Naturena.

“Maluleka has been doing very well and every time when we were about to bring him into Bafana Bafana‚ when I was still with coach Stuart‚ he got injured‚” Ntseki said.

“But for the past months George has been doing very well for Kaizer Chiefs and we felt he will bring experience into the team as having been part of the 2009 [Under 20] World Cup team.”

One of the players making way for Maluleke‚ Ntseki explained‚ is France-based Bongani Zungu‚ who the Bafana coach felt he needed some rest before he brings him back in the last two Afcon qualifiers later this year against Ghana at home and Sudan away.

Maluleka made his Bafana debut under Pitso Mosimane in a 1-1 draw against Ivory Coast in November 2011 when he came on as a substitute and played for just one minute.

His last and fifth Bafana appearance was in a 0-0 draw in another friendly against Senegal in February 2012‚ when again he came on as substitute to play the last 22 minutes.

It remains to be seen whether Chiefs will continue fielding Maluleka in their league chase after discovering his interesting next destination this week.