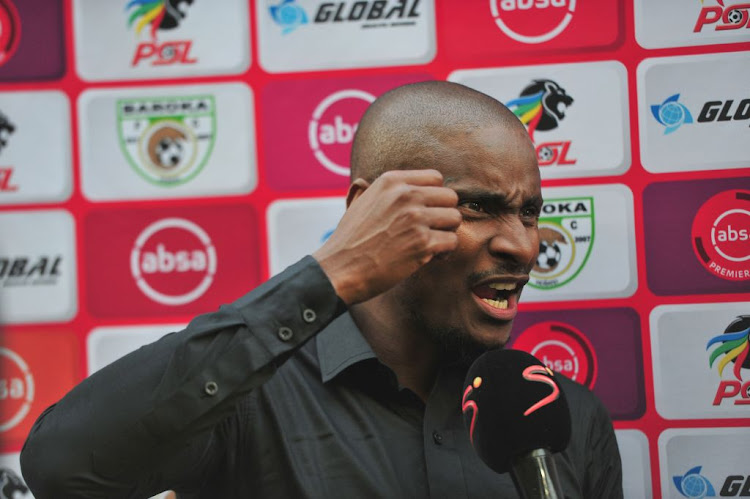 Chippa United coach Rulani Mokwena believes one positive effect of the coronavirus is that it will mean Sooth African football‚ and the country as a whole‚ being propelled into a greater embrace of the positive application of technology.

Mokwena – the former Mamelodi Sundowns assistant-coach and Orlando Pirates caretaker‚ who is “on loan” at Chippa – said it has been refreshing to see even “old school” Premier Soccer League coaches utilise technology as football has been shut down and players housebound during the Covid-19 pandemic.

As a 33-year-old coaching prodigy it has been no surprise that Mokwena is prone towards exploring innovations in technology to give him an edge as a young manager in modern football.

“I mean‚ it’s very difficult because the country as a whole is very resistant to technology‚ and advancement and the usage of technology – it’s not just in football‚” Mokwena said.

“I remember when at Mamelodi Sundowns I was cautioned by the referee for having an IPad on the bench. And at that time it wasn’t allowed.

“But already at that time in the English Premier League and Spanish La Liga … I remember that was Jose Mourinho’s time‚ and a few matches later there he was coaching Real Madrid with his IPad.

“And already in South Africa there was a bit of a delay with regard to acceptance of technology.

“We see a lot of remote training. It’s also how interviews and press conferences are going to be done in the future.

“Already with the amount of stress and the importance of saving time‚ and how fast things are changing and evolving‚ you want to save as much time as possible‚ so you want to be doing things where you are instead of wasting 30 minutes driving to the PSL headquarters for a press conference.

“So we are living in those times where I think there are a lot of benefits. And as always I am one to always change perspective in terms of not always looking at the negatives of situations‚ but for positivity that comes out too.

“It’s refreshing and good to see even coaches who are considered to be old school embracing technology. And hopefully we will see more of this.

“It’s only for the good of not just our society‚ but South African football also.”

Football clubs globally have utilised social media applications such as Zoom‚ WhatsApp‚ Houseparty and Instagram to coordinate training regimes and maintain a level of team spirit and camaraderie as players and technical staff have been housebound by the pandemic.