Comitis on his relationship with ex-City coach McCarthy: 'I have no issues with Benni' 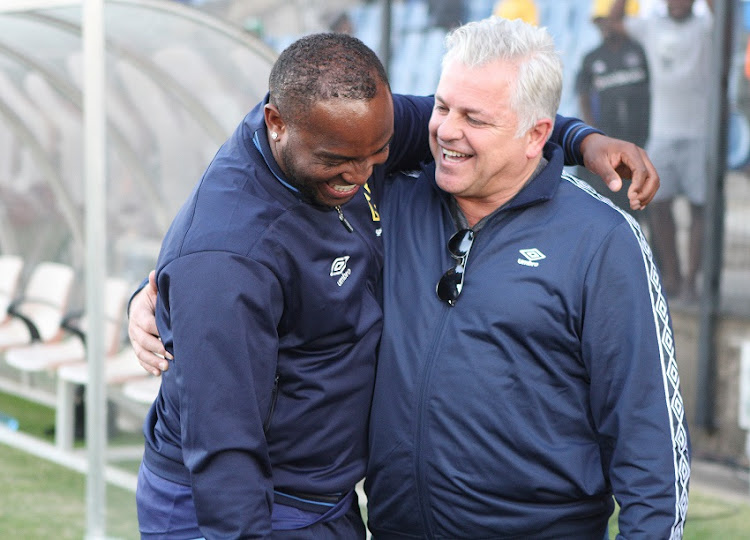 John Comitis has no bad blood with ex-Cape Town City coach Benni McCarthy‚ and predicts a big future in the career for the Bafana Bafana legend.

The City chairman said he was pleased to have given a coaching start to Bafana’s all-time top scorer‚ even if towards the end of McCarthy’s two-and-a-half years at the club the relationship seemed to sour‚ and Comitis fired the young coach in early November 2019.

This followed a period of struggling for results‚ with just two wins in 18 games‚ and where the coach increasingly made statements in the media that openly revealed a frustration at his chairman at certain players not being signed.

“Look‚ for me there was never bad blood. At the end of the day it is what it is‚” Comitis told SowetanLIVE.

“I have no issues with Benni. I still have a lot of respect for him. And he was great for the club.

“And if you asked me to make that same decision again [appointing McCarthy]‚ I’d have no hesitation making the same one.

“I think it was great. It was great for the club. We just reached a point where we had to look at the results‚ and unfortunately we had to move on‚ like with any coach.

“But there’s no issues for me with Benni.”

Comitis deserves credit for giving a start as a head coach to McCarthy‚ the only South African to win the Uefa Champions League with FC Porto in 2004‚ who had previously begun his managerial career as an assistant at Belgian top-flight outfit Sint-Truiden.

As he had as a player‚ McCarthy would speak his mind‚ and often expressed dissatisfaction at the less professional aspects of SA football.

He indicated reluctance to continue after the 2017-18 season‚ where City lost in the 2017 MTN8 final and finished fifth in the league‚ but decided to press on. City had a strong 2018-19‚ winning the MTN8 and ending fourth in the league.

Comitis was asked how he feels McCarthy will materialise as a coach as he continues his career.

“I think the guy who arrived and the guy who left were two different people‚” the City chairman said.

“He’s very quick on the upturn because he has the experience as a player. So he picked up things very quickly‚ and he grew very quickly.

“But you know‚ I mean‚ name me a coach who hasn’t been fired.”