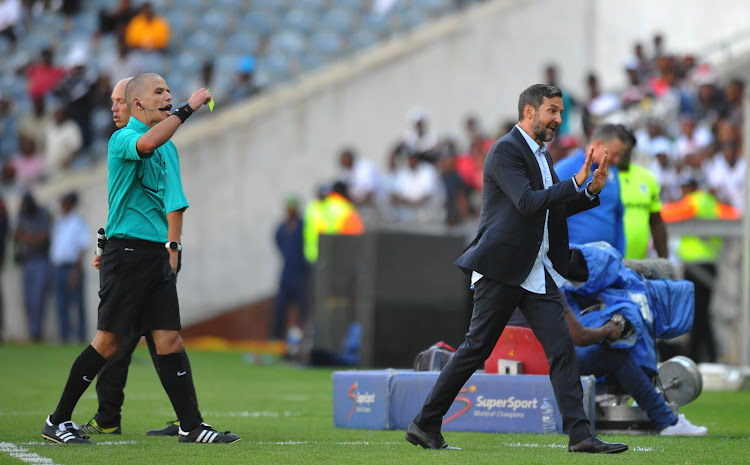 Football fans would have a better understanding of match officials’ decisions if referees were allowed to give their version of events in post-match interviews just as players and coaches do‚ Fifa-accredited South African referee Victor Gomes has said.

The two-time Premier Soccer League (PSL) referee of the year said match officials are also human beings and are prone to making mistakes.

“Sometimes we are crucifying referees when referees are actually making the correct decisions‚” Gomes told Marawa TV in an interview.

“If you allow me to speak from the heart in answering your question I might not answer your question directly but I think you will get the point that I am trying to raise‚” Gomes told the online station when asked whether referees should be allowed to be interviewed post-match or not.

“I think...to answer your question....there might be times where when the referee talks after the game it might give you a good understanding as to what actually happened during a match‚” the 37-year-old who runs a thriving plastic bottle manufacturing company in Krugersdorp told the online TV station.

Gomes said while referees always strive to improve their game more should be done in educating players‚ coaches‚ commentators and pundits on the laws of the game.

“I always after the match watch my games on TV to see where I have gone wrong and where I can improve and I listen to some of the commentary during the game and it is totally incorrect.

“There are times where I even post the law (on social media) and I can say ‘here is the correct law and this is what you said which is not consistent with the law.”

Gomes‚ a PSL referee since 2008‚ has had to face some harsh criticism over his officiating.

He has more often than not mired himself in controversy having established himself as the most card-happy referee in the country.

“In our line of profession as a referee‚ possibly we are exposed to the limelight where people think we want to be the centre of attraction.

“But I am a father. I am husband‚ I also make mistakes.

“I always say the mistakes will always be made. When people burn the bread at the bread factory‚ nobody knows about it but is a mistake.”